IAG chief executive Willie Walsh expects further European airline bankruptcies in 2019 amid "stubbornly" high fuel prices and competitive pressures in what is likely to a "tough" year for the sector.

During a webcasted panel session at the ACI Europe annual congress in the Cypriot city of Limassol today, Walsh said that carriers without fuel hedges, especially those with "weak" balance sheets, were facing a "major problem". 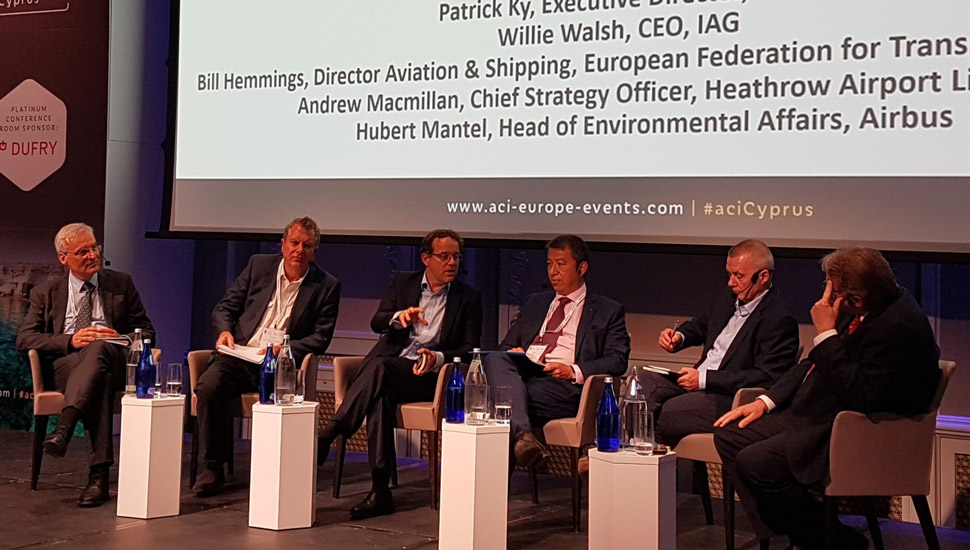 Walsh predicts that "there will be some M&A [merger and acquisition] activity" but adds: "When we talk about consolidation in Europe, do talk about it in the context of airlines disappearing as well. Unlike 20 years ago, I think, when an airline disappears it's rare to see that airline replaced."

He notes: "It's not always the case, but a lot of the capacity is now provided by airlines already in operation, which leaves very little space for somebody to try to come in and start up."

Ryanair chief commercial officer David O'Brien agreed. He says he expects a number of airline failures in the next six months in Europe, including, possibly, some "sizeable" carriers.

EasyJet chief commercial and strategy officer Robert Carey says there has as yet been little evidence of capacity leaving the market as a result of consolidation.

He suggest that "improvements" are still needed in Europe if it is to reach the same conditions as exist in the USA, where consolidation has created a "sustainable" market.

Overall, the airline panelists foresaw a weaker demand outlook in Europe, but detected opportunities still there for growth.

O'Brien describes the outlook as a "mixed bag", as uncertainty around Brexit dampens demand for air travel in the UK and has a knock-on effect on traffic volumes to Spain and the Mediterranean.

Walsh says demand in London is "good" and postulates, in reference to O'Brien's comments, that Brexit is perhaps impacting the rest of the UK more than the capital.

Overall the market has been "okay" in Europe, he says. A lot of capacity has been going into the market, leading to a "yield hit" in the first quarter, he adds.

Walsh and O'Brien both complain that Lufthansa is distorting the market in Germany and Austria. Walsh says that there is still demand in both countries but argues that the overcapacity which the German group has bemoaned is its own capacity, so in effect its airlines are "complaining about themselves".

Walsh says IAG is seeing "weakness" in Argentina and Brazil, where there are "clearly economic issues", while South Africa has been "weak". Europe overall has been "okay" and the demand in France and Spain robust.

Aegean Airlines chief executive Dimitris Gerogiannis says the Greek carrier is expecting a "softer" summer, with the market expected to "plateau" during the year. Overall, he expects the Greek market to grow by 1% in 2019.