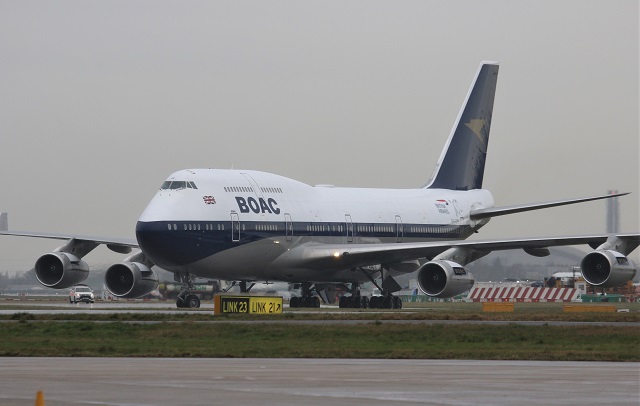 The first of a series of British Airways aircraft painted in retro colour schemes has made its debut today at the airline's London Heathrow base. 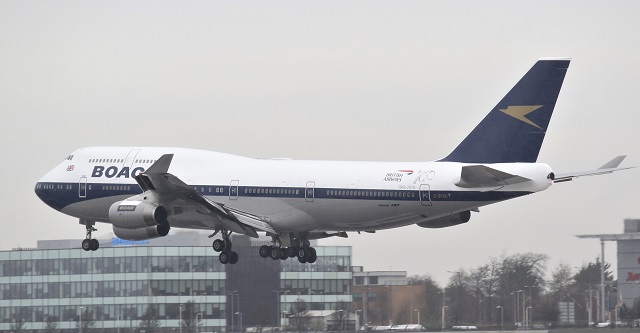 The Boeing 747-400 (registration G-BYGC), arrived from Dublin earlier today adorned in the BOAC scheme worn by the BA predecessor airline during the 1960s and early 1970s. The aircraft is one of an expected four aircraft that the airline is repainting during 2019 as it marks the 100th anniversary of airline operations in the UK. 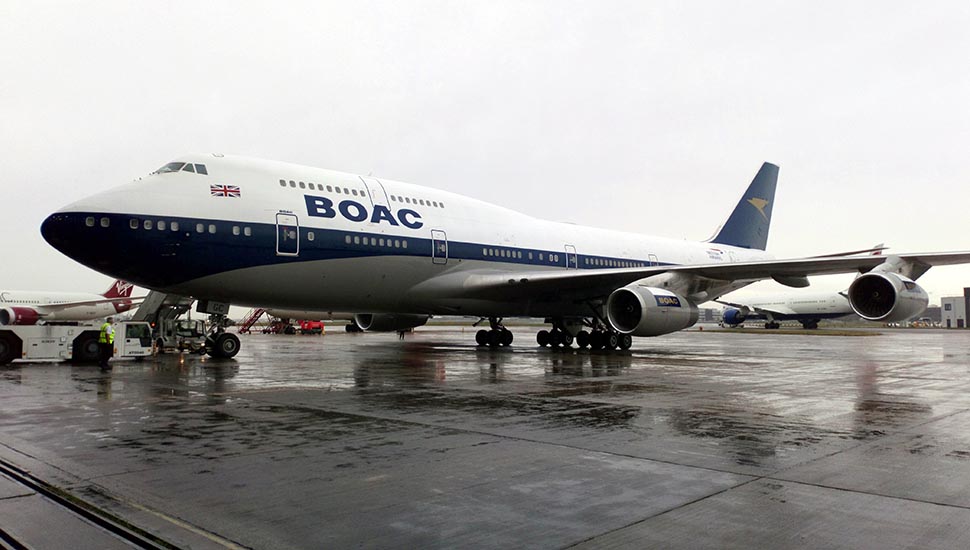 BA is planning to put the BOAC-liveried 747 into service tomorrow on flight BA117 to New York JFK. After its return to Heathrow, it is then due to fly to Chicago on 20 February. 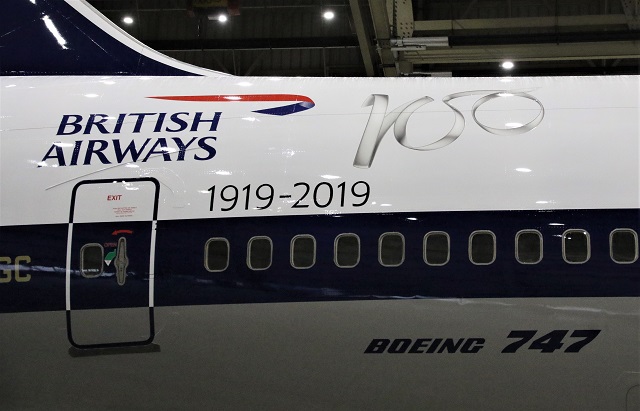 Other 747-400s are expected to be painted in earlier British Airways schemes such as the blue/grey "Landor" colours of the 1980s and the Negus & Negus-designed red, white and blue "Union Jack" scheme introduced in 1973 when BA was formed in its current guise. An Airbus A319 is also believed to be set for a makeover, into the 1960s colours of BEA. 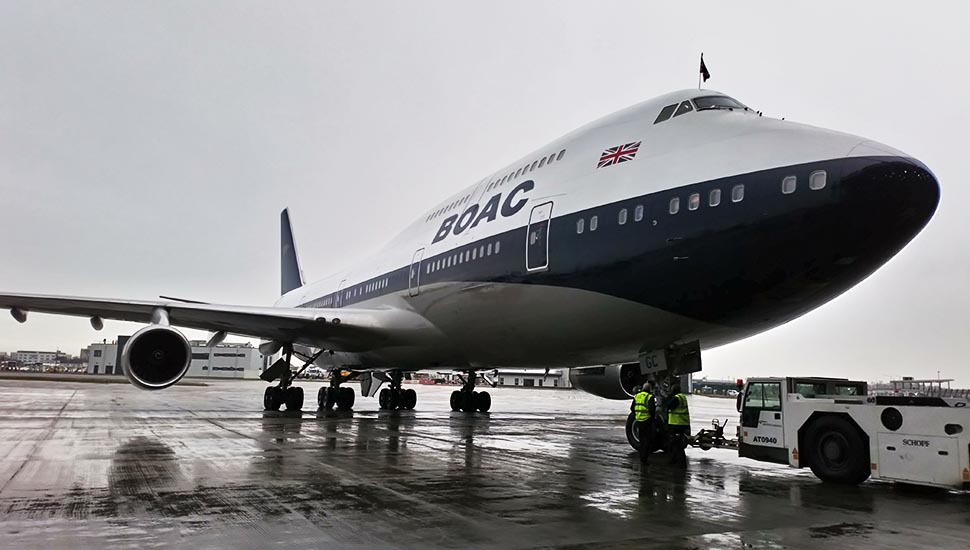 Although the 747-400 arrived a long time after BOAC and BEA merged to form BA in 1973-4, G-BYGC is not the first jumbo jet to appear in BOAC colours. 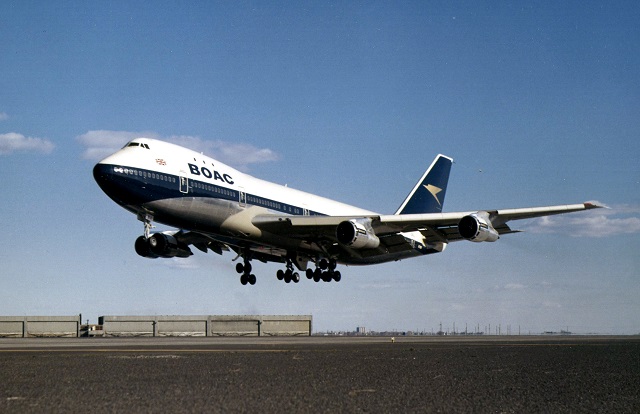