First flight of the BAC-Aerospatiale Concorde became an influential consideration when, just two weeks later, the UK attorney general outlined to the government its chances of cancelling the UK's role in the supersonic programme.

In a memorandum on the UK's legal position – dated 17 March 1969, only 15 days after Concorde lifted off from Toulouse – attorney general Frederick Elwyn Jones pointed out that the flight effectively weakened the UK's case.

The declassifed document, contained in the UK's National Archives, examined whether the UK could unilaterally withdraw without running an "unacceptable risk" of paying damages if the French side took it to the International Court.

"The French would argue that it was wholly unreasonable of us to withdraw at this stage of the project when so much money and effort had been committed, when the aircraft was already flying and when there remained good chances of success," the attorney general wrote. 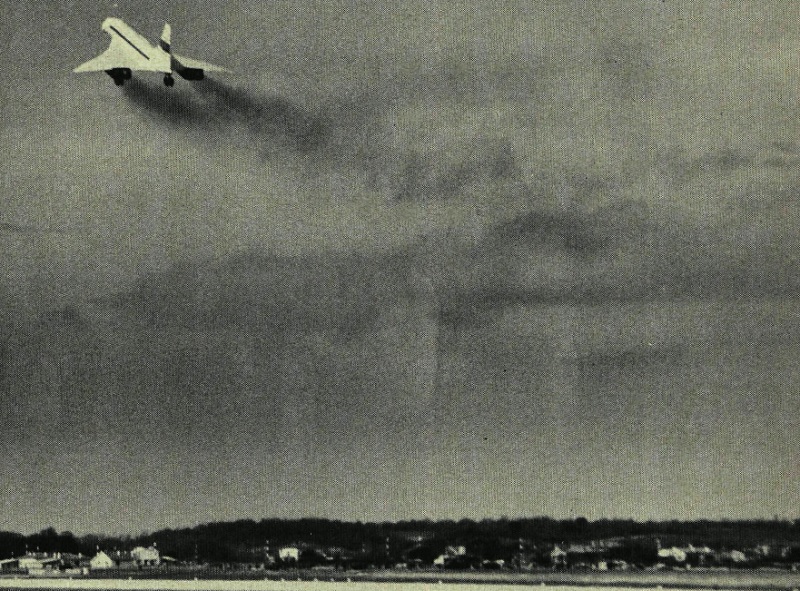 Discussions between UK minister of technology Tony Benn and French transport minister Jean Chamant the previous September failed to grant the UK government the flexibility it sought to pull out of the programme.

The UK had wanted the option of unilateral withdrawal if Concorde did not have orders from four major airlines – including one US carrier – by the end of 1969 or development cost estimates exceeded £600 million before then.

But the resulting agreement from the talks "fell short of what [the UK] set out to achieve", said Jones.

He pointed out that the date at which airline orders could be expected had been pushed back to mid-1970, but that the UK could not argue that there was no prospect of orders by the end of 1969.

And while the UK could confirm the costs would exceed the £600 million threshold by the end of the year, its consequent rights would not accrue until this date, he added.

Jones stated that the UK would have a "respectable" case to justify unilateral withdrawal if it was forced to the International Court, given its assessment of the "difficulties" with cost, payload, timescale, noise and the issue of sonic boom.

But the French counter position, he said, would be supported not just by the French government but by manufacturers in both countries.

If the UK withdrew from Concorde, wrote Jones, it would have "rather less than a fifty-fifty chance of success" before the International Court.

The UK government's concerns over the state of Concorde, six years into development, were laid out in a ministry of technology memorandum – also dated 17 March 1969 – which described as "disturbing" the latest review by Concorde's directing committee.

Payload was a particular worry. The ministry expressed alarm at payload estimates of 15,000lb (6,800kg) compared with an entry-into-service target of 20,000lb for summer operations on the Paris-New York route.

"The development programme is now so far advanced that if there should be any further deterioration in the prospects of achieving target payload, there remains little more that could be done short of a major redesign," it said.

While operational procedures, including speed and holding altitude, could be adjusted to offset the shortfall, the ministry warned that the uncertainty in payload estimate was such that it made the difference between Concorde's being a success or a technical and commercial failure.

Concorde's approach noise at entry into service was projected to be lower than that of the Boeing 707 or Douglas DC-8. But lateral noise on take-off would "almost certainly" be higher than existing airliners' and flyover noise after take-off, on some hot summer days, was likely to exceed permissible limits in London and New York, the ministry said.

It warned that the noise situation remained a "source of serious concern" and that Concorde "could be banned" from operating from US airports.

BAC expected Pan American to order at least 20 aircraft but BOAC had indicated that its studies to date showed Concorde was "likely to worsen" the airline's financial position, irrespective of the route operated.

The ministry pointed out, however, that BOAC would "clearly" want to operate Concorde if a US competitor introduced the supersonic type and, based on external consultancy studies, signalled that the UK carrier could operate the jet profitably.

Concorde would need to be sold at no less than $24 million per aircraft, based on a production run of 100, if the UK and French governments were to secure a "modest" recovery on investment and the manufacturers were to make a profit, the ministry stated.

Assuming that Concorde's technical performance was satisfactory, airlines accepted the $24 million price, and supersonic overland flights were permitted, the ministry stated that estimated Concorde sales would reach 70-140 aircraft in the period to 1980. Restriction on overland flights would cut this to 60-115.

Concorde's manufacturers had been more optimistic with projected sales of 250, but the ministry stated that officials did not consider this figure to be "realistic".