United Airlines will fly Boeing 787s to Europe from its Newark Liberty International airport by next summer, as it preps for the introduction of its latest Dreamliner variant.

The Chicago-based carrier plans to operate the 787 on "six international Atlantic routes" from Newark in its next summer schedule, which begins 31 March 2019, United says in an internal newsletter to pilots.

The aircraft will be staffed with 160 pilots, including 55 captains and 105 first officers, at Newark, the airline says.

United has considered a Newark base for its new 787-10s since at least May. At the time, the carrier suggested it could base them at the New York-area airport and fly them to Europe.

The airline's president Scott Kirby called the 787-10 a "phenomenal European" aircraft in August, saying they would eventually fly out of Chicago, Newark and Washington Dulles without providing a timeline.

The latest communique from United does not say if the 787s bound for Newark will be -10s or either of the smaller Dreamliner variants, the -8 and -9.

The 787-10 is a stretch-of-a-stretch, offering airlines more seats – and improved economics – in exchange for slightly less range.

United will configure its 787-10s with 318 seats, including its new Polaris business class and premium economy seats, compared to 252 seats on its -9s and 219 seats on its -8s.

United is due to take its first 787-10 in the fourth quarter, with three expected by the end of the year. The aircraft will enter service in early 2019. 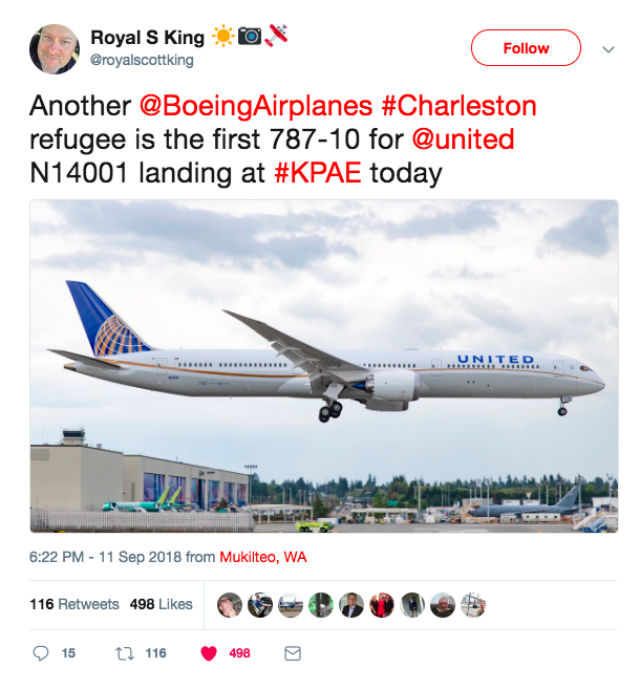