US Congress inches closer to second round of airline aid

Airline groups are rallying behind a broadly-supported bill that would benefit airline workers by extending financial aid to struggling US carriers.

The Emergency Coronavirus Relief Act of 2020 is the US Congress’s latest pandemic relief proposal, but this one enjoys support from legislators representing both political parties and both houses of Congress.

The bill would extend through the end of March 2021 the “Payroll Support Program” (PSP), setting aside funds for US airline workers, according to a summary sheet released by the office of Senator Susan Collins. 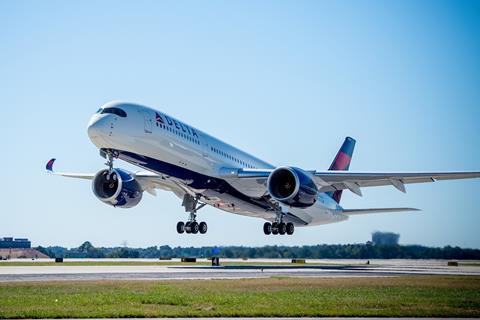 Provisions in the bill would prohibit airlines that take funds from buying back stock or dividends, and would limit executive compensation.

The proposal has not yet been voted on by Congress.

Exactly how much money would be set aside to airlines under the bill remains unclear. But the first package, passed in March, provided airlines with $29 billion earmarked specifically to pay employee expenses for six months.

“We are grateful that the bill includes a partial extension of the highly successful Payroll Support Program, which supports airline workers directly by keeping them on payroll, where they are needed,” says trade group Regional Airline Association.

“We strongly encourage the Senate and the House to approve this legislation swiftly and for the president to sign it into law,” adds trade group Airlines for America (A4A).

That group notes that airlines already laid off thousands of workers following expiration of the first round of aid.

“Airlines have said they will work to restore those jobs if the PSP is extended, but that becomes increasingly challenging with each passing day,” A4A adds.

Thirteen lawmakers – roughly half Democrats and half Republicans – released details of the bill.