Washington Dulles International airport will use $237 million from the sale of unused land on its western periphery to further lower airline costs.

The Metropolitan Washington Airports Authority (MWAA) board approved the sale of 424 acres, acquired for the fourth runway that opened in 2008, to Digital Realty Trust for a new data centre at a meeting today.

"The only thing the airport can do with the funds is re-invest them in airport activity – it's not roads or trains, it has to go to the benefit of airline operations," says Jack Potter, president of the airport operator, at the board meeting.

That benefit will be further reducing the cost per enplanement (CPE), or the amount an airline pays to board a passenger on a flight, at Dulles, and not for capital improvements, MWAA confirms. 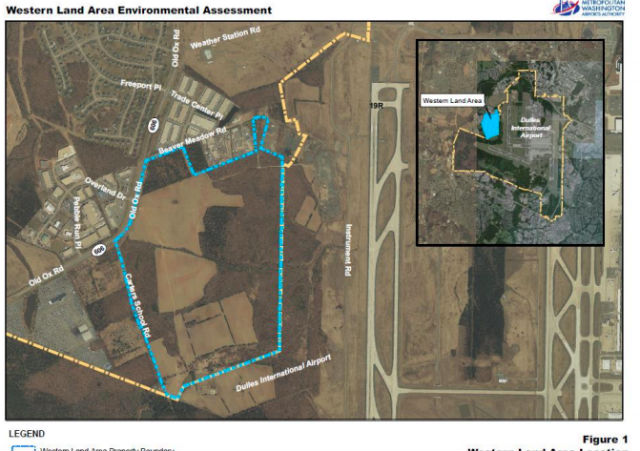 Airline costs at Dulles are forecast to fall 6% to $17.82 per passenger this year, benefitting from $35 million in revenues transferred from MWAA's other airport Ronald Reagan Washington National and a $25 million grant from the Commonwealth of Virginia. The drop continues the trend that began in 2014, when CPE peaked at $26.55 per passenger.

MWAA has not estimated the impact of the land sale yet but, based on the amount alone, the deal could have a more significant impact than either the revenue transfer or grant.

As recently as May, Fitch Ratings forecast costs at Dulles would rise again to the $22-23 per passenger range after the benefit from the grant ends this year.

Lower costs are likely music to United Airlines' ears. The largest carrier at Dulles, the airline is evaluating increasing the number of flights at the airport by half by creating two new connecting banks, or when a significant number of flights arrive and depart within a short time frame.

“We applaud MWAA’s efforts in managing costs at Washington Dulles," says the Chicago-based carrier on the land deal. "Their efforts to improve the cost structure are an important part in growing the hub."

United president Scott Kirby emphasised this in August, when he told reporters that costs were one of the most important things to make "growth at a hub like Dulles successful".

For example, CPE at Baltimore/Washington International airport, the busiest in the Washington DC region, was $9.33 per passenger during the fiscal year ending in June. Southwest Airlines and other low-cost carriers continue to add flights at a rapid clip from the airport, which is roughly as far as Dulles from the White House.

The possibility of further cost reductions at Dulles come as United faces potentially higher costs at its Newark hub. New Jersey is considering a four-cent levy on fuel the airline buys to fund a rail extension to the New York City-area airport.

While Newark is strategically important to United, the carrier could focus growth at other hubs like Washington Dulles. The DC airport plays a similar role as Newark in the airline's network, serving north-south flows along the US East Coast and acting as a European gateway.

Dulles can handle more passengers. The airport is on track to handle more than 23 million travellers this year but is designed for 40 million, says Potter. Rising passenger numbers also means lower costs for airlines.

Cathay Pacific Airways, Primera Air and Volaris Costa Rica have all added new service to the airport this year, with United beginning new flights to places like Chattanooga, Ithaca and Miami.

While proceeds of the land deal are not expected to go to facility improvements, Potter told FlightGlobal in August that MWAA and United are looking at building an addition on concourse C that would both expand the international arrivals facility on the ground floor of the concourse, and add space for the airline's new premium Polaris Lounge.

Dulles has also invested in adding more food and retail options, as well as other customer improvements in recent years.