A380 door deactivation could raise seat-count

Airbus is looking at deactivation of an upper deck exit door on the A380 as part of measures to increase the type's accommodation.

The airframer has previously outlined a number of modifications to raise the seat-count of the double-deck type.

But chief operating officer for customers John Leahy disclosed during a briefing in Toulouse that Airbus is studying deactivation of the aft doors on the upper deck.

The A380 upper deck has three pairs of exit doors while the lower deck has five.

Airbus estimates that the deactivation could enable it to install eight additional seats. 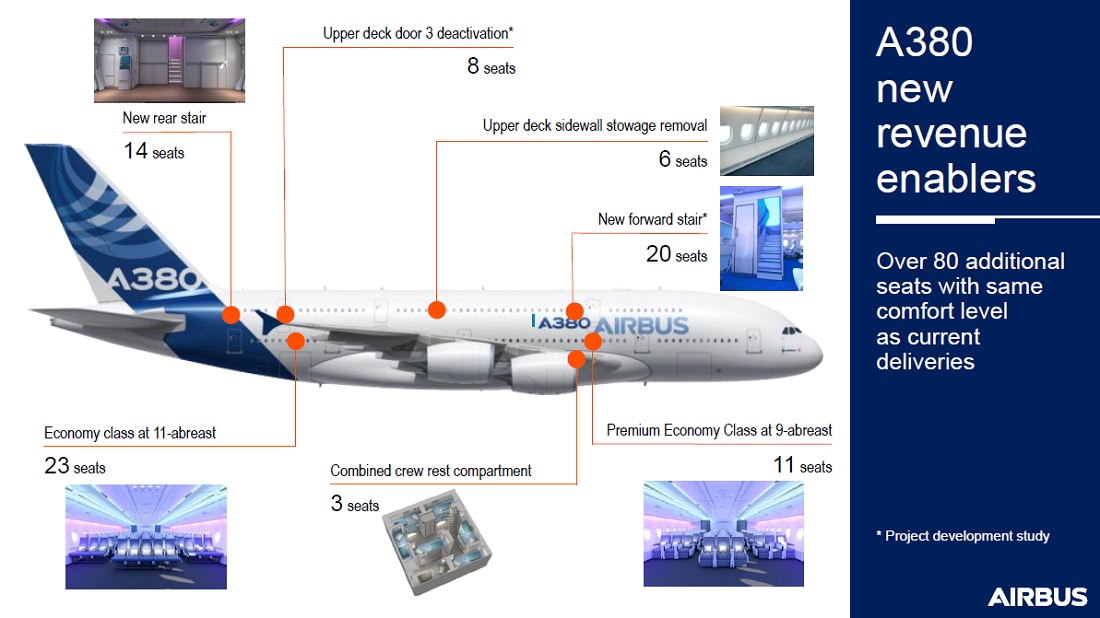 This project development study would complement other modifications including installation of new forward and aft stairs, 11-abreast economy seating, elimination of upper-deck sidewalls, and a combined crew rest.

Evacuation tests during the aircraft's development, with its total of eight pairs of doors, allowed the A380 to be certified for 853 passengers.