Cadami has launched a wireless cabin wi-fi network solution that it says can transmit high-quality IFE content to multiple users. 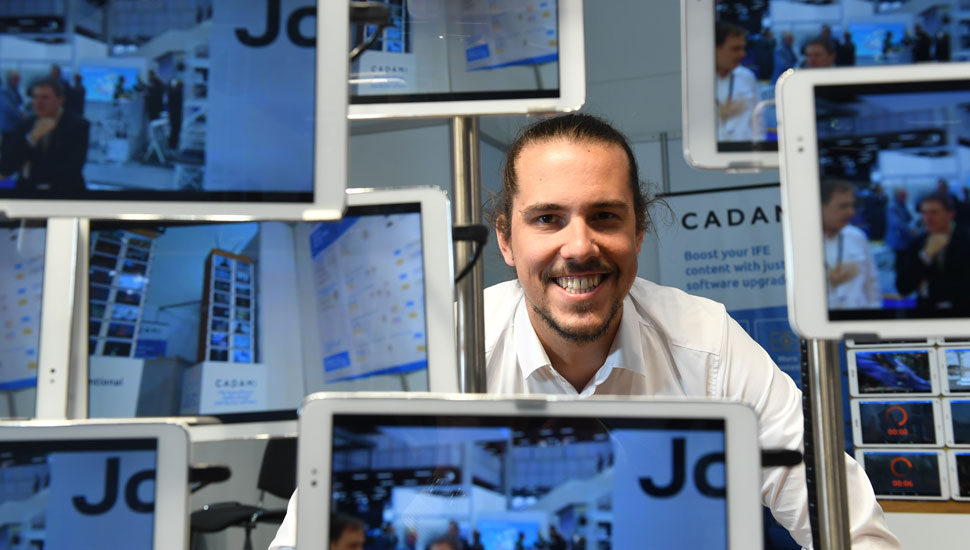 Cadami says its product is cheaper to install and maintain than a cabled network, and the lack of cabling also results in weight savings. The technology makes the transmission of “a huge library of high-quality content, to both seatback screens and passenger devices, efficient and reliable”, it says.

Co-founder and managing director Thomas Kuehn says Cadami is working with other vendors to get the product flying, and he is hoping for service entry by the end of this year.

“It depends on the speed of our customers’ customers, which are the airlines,” says Kuehn, adding that “lots of potential customers” have visited Cadami’s stand during the show, and it was “definitely worth showing it here”.

Cadami’s stand features multiple screens trying to access various websites. On the left are a set of screens using conventional wi-fi networks – and most of the screens have red circles, indicating that web pages are still downloading. The screens on the right, powered by Cadami’s network, were all displaying full web access at the time of FlightGlobal's visit.

Cadami already has technology that operates over cabled networks flying “on nearly 200 aircraft”. Its new wi-fi product represents the “next stage” in its development, and uses efficient coded caching to overcome wireless limitations.

“The result is to effectively increase bandwidth by a factor of between two and five. It means an airline can viably use a wi-fi network to make a large library of HD and 4K video content available to every passenger on the biggest aircraft, without jeopardising quality,” the company says.