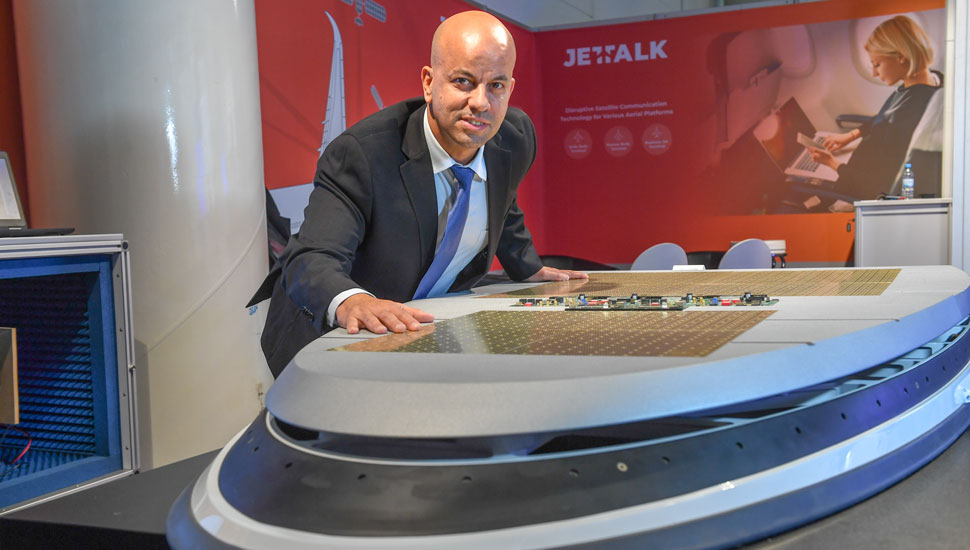 The antenna will provide multi-beam access to both low-Earth orbit (LEO) and geosynchronous (GEO) satellites and is based on silicone chips designed in-house.

Jet Talk is developing two separate antennas – one for Ku-band and one for Ka-band – and is aiming for certification of both by the middle of next year. The two antennas share most of the same traits and are 80% similar to one another.

“We started with the Ku antenna and we’re planning for it to be ready for certification by the end of 2019. The Ka [certification] will come six to nine months later,” Jet Talk chairman Sharly Ben Chetrit says.

The antenna has a “very low profile” at 2in (5cm) which resolves issues with drag, and it is “much more reliable” than mechanically-steered alternatives because “there are no moving parts”, says Chetrit. It can be installed on any aircraft type, including business jets.

“All the big players are interested in this product and we’ve been getting good, positive feedback from integrators, satellite operators and airlines,” says Chetrit. “We feel overwhelmed with interest.”

Jet Talk is “finalising development of the product now”, and is demonstrating the product on its stand.

ST Engineering and Satixfy announced their joint venture in February 2018, with the intention of developing an “industry-leading satellite antenna system” that would also deliver cost savings for airlines.