​AIX: New brand Burrana debuts with a product launch in 2019

The first product solely branded as Burrana is on its way. The company, which emerged as a new name in the IFE sector after digEcor acquired Collins Aerospace’s commercial IFE business, is ready to build on its renowned legacy products and deliver a “truly innovative” seatback IFE solution before the end of 2019. 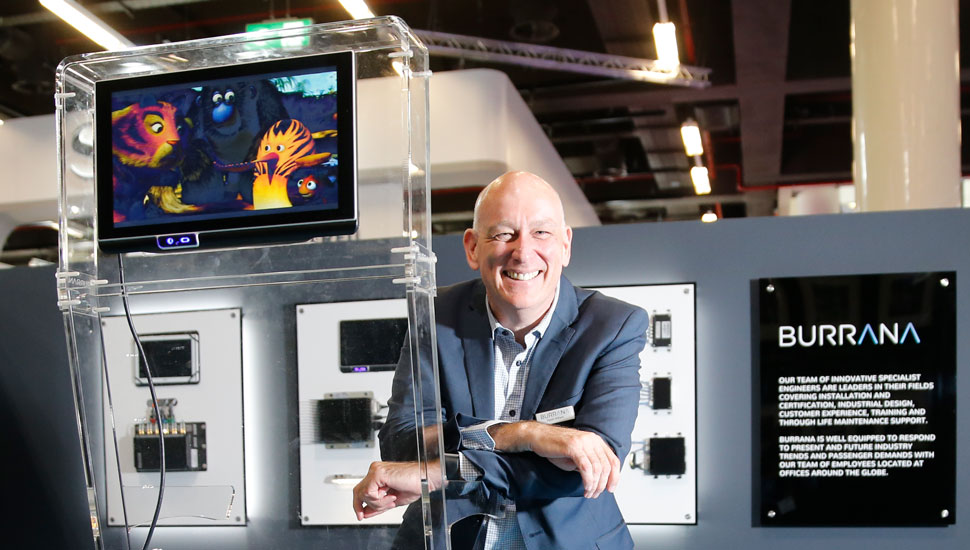 “The one area of overlap in the products of digEcor and what was Rockwell Collins is seatback IFE,” says Burrana chief executive David Withers, referring to the respective companies’ Glide IFE and PAVES systems. “So we’re working to bring the best-of-breed elements together, along with new technologies, into a class-leading product.

“The solution will feature 4K screens and an unmatched level of seat integration,” he continues. “It will be ready for retrofitting by the end of 2019, and will be available for linefit next year.”

As for the new brand and its debut at the show, Withers says: “It’s actually been two days at AIX, but three months on the road in discussions. The response, though, has been unanimously positive.”

The deal actually saw digEcor buying a business more than three times its own size. “In doing so we demonstrated a desire to manage a risky transaction because of the capabilities and skills of our team,” Withers says.

Withers says it was at AIX17 that digEcor first learned that Rockwell Collins was considering exiting the IFE business. “We began a dialogue, but it didn’t go too far until AIX18 – then things began to move, we did the due diligence, and announced the agreement at the beginning of this year.”

Burrana, which is an Aboriginal word meaning ‘to fly’, now finds itself with 50 years of heritage, including ancestral names such as Hughes Avicon and Sony Trans Com. Withers happily embraces that history. “I do feel a responsibility for the legacy that has been left,” he admits. “And I believe the best way to honour that is to be the innovative leader in our industry.”