ViaSat expects to sign additional fleet expansion contracts with existing airline customers over the coming months, and suggests its launch customer for the upcoming ViaSat-3 constellation could come from that pool. 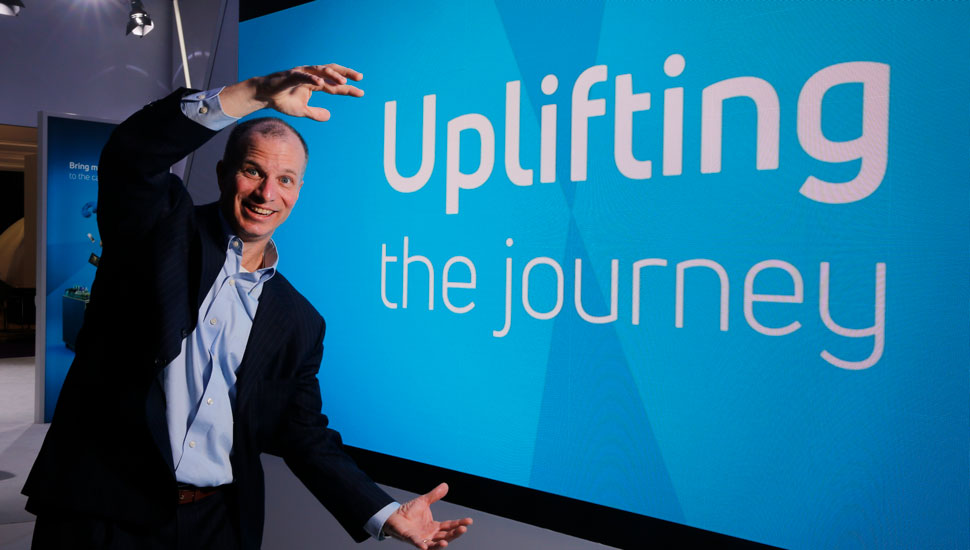 The equipment installed on both US majors’ fleets can tap into ViaSat’s current ViaSat-1 and ViaSat-2 constellations, but will also be able to communicate with the newest ViaSat-3 constellation when it enters service in the 2020/21 timeframe.

The first ViaSat-3 satellite, covering the Americas, is due to launch in 2020 or 2021, with the second, covering Europe, the Middle East and Africa, set to follow six months later. The third and final satellite will launch in the second half of 2022 and will provide coverage over the Asia-Pacific region.

ViaSat’s system is now installed on “around 550” aircraft, says Buchman, and 2018 was “a big year for getting installs done”. The company now wants to help accelerate the drive toward free in-flight wi-fi, through sponsorship deals similar to American Airlines’ agreement with Apple to provide free onboard access to Apple Music.

“Even on the same plane you could have multiple sponsors, but you have to be clever about it. It’s really about matching up passengers on airlines with the brands they interact with on the ground.”