Boeing to open autonomy research center next to MIT

Boeing plans to open an Aerospace & Autonomy Center within a mixed-used district in Cambridge, Massachusetts that is being developed by the Massachusetts Institute of Technology.

The company plans to lease 100,000 square feet of research and lab space inside a new 17-floor building in Cambridge’s Kendall Square. The new center will house employees from Boeing and its subsidiary Aurora Flight Sciences, who will focus on designing autonomous aircraft and developing enabling technologies, the company said.

MIT plans to develop six buildings for lab and research, office, housing and retail space within its Kendall Square district, a neighborhood the university wants to turn into an innovation hub. 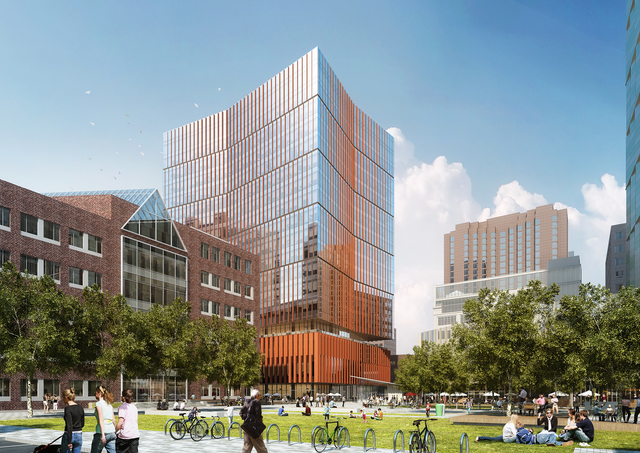 Boeing touted the new research center as part of continued collaboration with MIT, including its announcement last year that it would be the lead sponsor of an $18 million project to replace the university’s Wright Brothers Wind Tunnel. Aurora Flight Sciences already has a research and development presence in Kendall Square, and its employees will move into the new, larger space once it is complete.

The new research center will also help develop technologies to support the work of Boeing’s recently launched NeXt organization, which is looking at ways to address notional markets such as hypersonic transportation and urban electric vertical take-off and landing aircraft.