Boeing has released images of the first 777X that will enter commercial service, a 777-9 variant that the airframer unveiled to employees on 13 March.

The Chicago-based airframer had intended to rollout the aircraft during an employee and media event the same day, but scaled back the unveiling in light of the 10 March crash of an Ethiopian Boeing 737 Max.

Still, the company put the 777X on display for employees, releasing pictures from the event showing the aircraft in the hanger, freshly painted in Boeing’s blue-and-white livery. 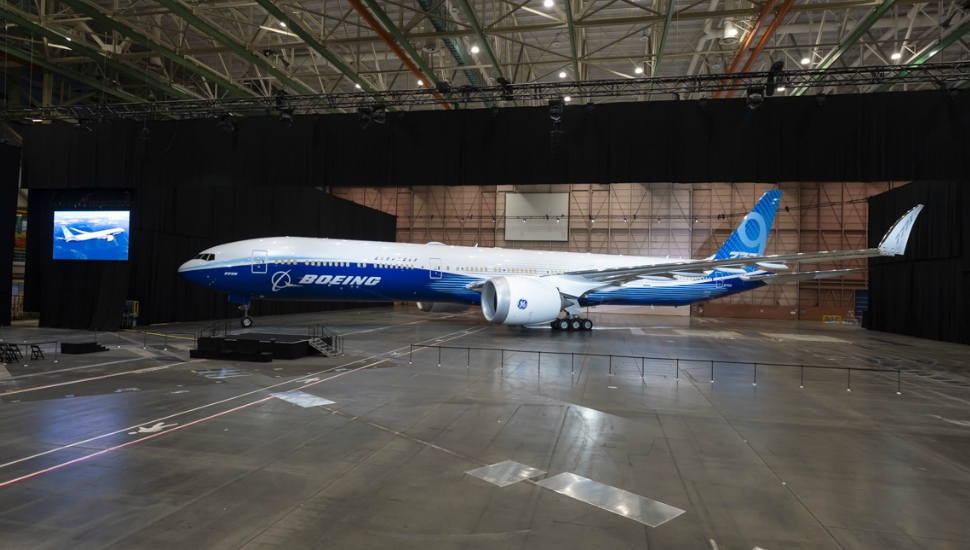 Boeing plans to fly the 777-9 for the first time this year, and to deliver the first aircraft in 2020. It will then shift gears to certify the 777-8 variant of the GE Aviation GE9X-powered aircraft. 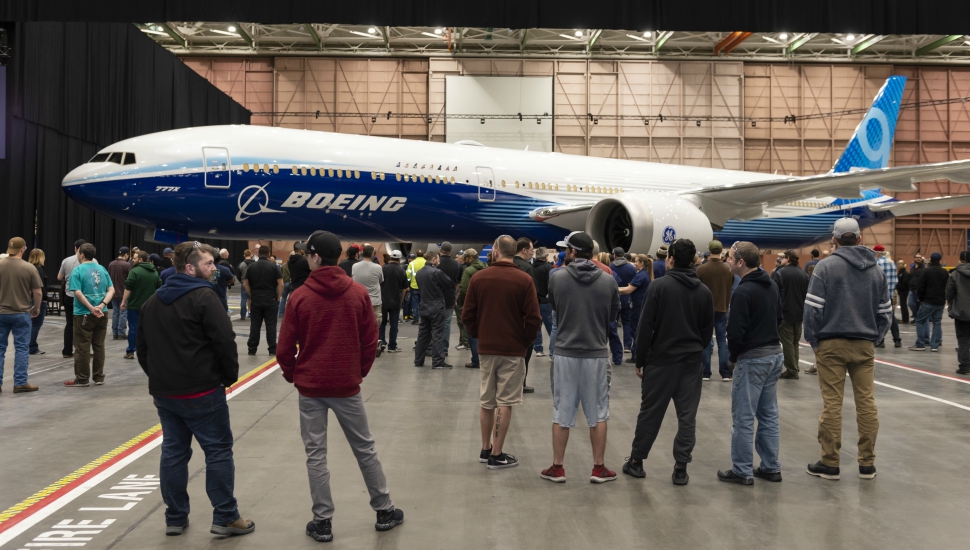