Boeing’s marketing chief Randy Tinseth unveiled the first image of the proposed 737 Max 10X on 6 March at the ISTAT Americas convention in San Diego, amidst the first of likely a series of rhetorical duels with his Airbus counterpart.

The 43.8m (143.7ft)-long 737 Max 10X was revealed as a relatively straightforward, 1.68m stretch of the 737 Max 9, featuring the latter’s distinctive mid-aft exit door and no other obvious differences besides length. Boeing is continuing to evaluate several options to extend the rotation point of the landing gear, allowing more flexibility on take-offs despite the longer fuselage. 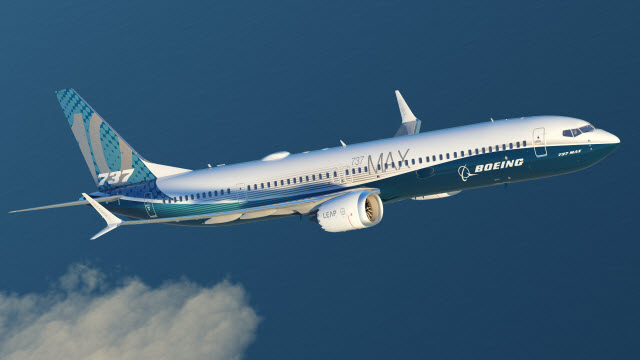 Boeing’s board of directors authorised Tinseth's team to start selling the 737 Max 10X to customers in late December, and “many” offers have already been made, he says.

Tinseth argues the 737 Max 10 will offer the same capacity as the slightly longer Airbus A321neo, but with lower fuel consumption and slightly greater range.

Speaking moments before Tinseth’s presentation at the ISTAT event, Airbus chief operating officer for customers John Leahy offered what seemed like a pre-rebuttal of his Boeing’s counterpart’s claims about the 737 Max 10X.

Noting the A321neo’s nearly five-to-one sales dominance over the 737 Max 9, Leahy says he thinks Airbus’ largest single-aisle will fare even better against Boeing’s proposal to add space for only two more rows of seats in the 737 Max 10X.

Boeing could formally launch the 737 Max 10X later this year, becoming the fourth member of the re-engined 737 family, Tinseth says.