Comac has flown its first C919 prototype to Xian, marking the start of the next phase of flight test and certification work for the narrowbody programme.

In a statement, the Chinese manufacturer says the jet flew for more than 1,300km. It achieved an altitude of 7,800m and a cruising speed of Mach 0.74. All systems functioned normally and the jet was in good condition. 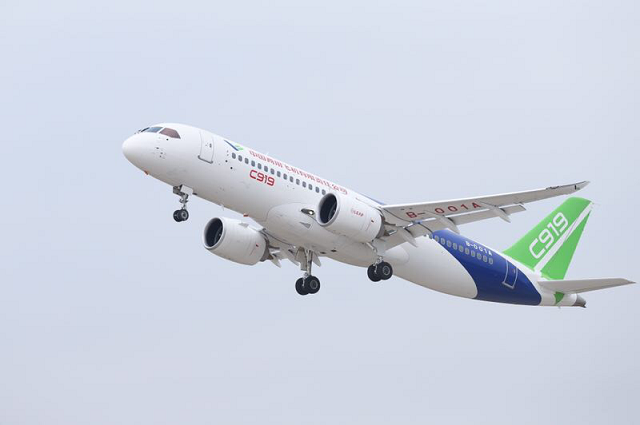 Comac adds that the flight proves that the aircraft's initial performance meets design requirements. The C919 will now move from initial flight tests to expanding its flight envelope, it adds.

The prototype made the ferry flight to Xian, after five flights in Shanghai, two of which were done in the past week.

The manufacturer is using six test aircraft and will be conducting flight tests across sites in Shanghai, Xian, and Dongying. It is targeting for the second prototype to make its first flight this year end.

The aim is for the C919 to achieve certification and enter into service in 2020-2021. Comac has so far received 730 commitments for the type from 27 customers.