The 340cm (134in)-diameter fan mounted on the inboard station of the left wing of GE’s Boeing 747-400 flying test bed took off from Victorville, California.

“Today’s flight starts the beginning of the GE9X flight test campaign that will last for several months, allowing us to accumulate data on how the engine performs at altitude and during various phases of flight,” says GE programme manager Ted Ingling. 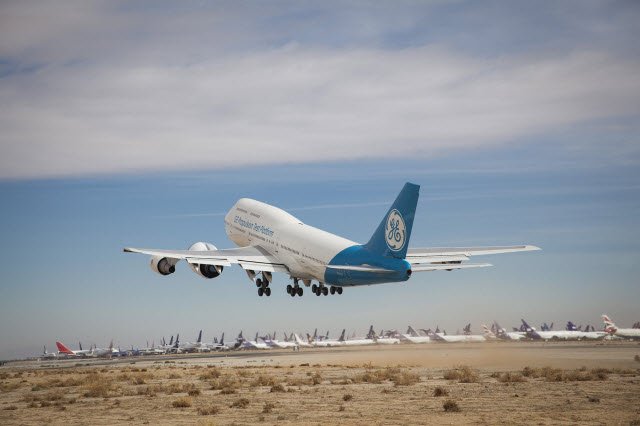 The first flight comes more than two months behind schedule. GE planned to begin flying the first flight test engine – designated within the programme as the No. 4 engine – by the end of last year. 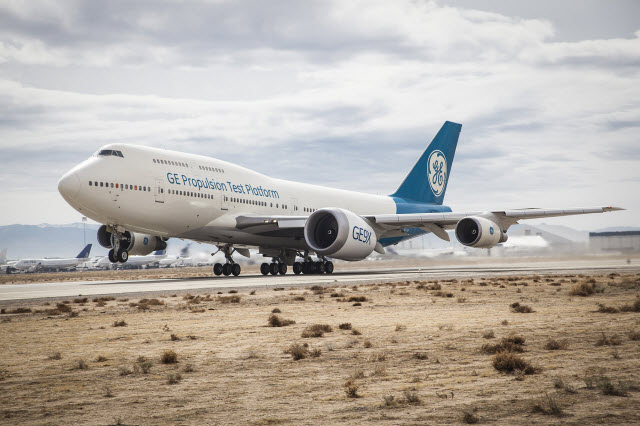 GE decided in mid-December to redesign the external lever arm that actuates to move the variable stator valves. The redesign of the lever arm is ongoing, but flight test has started using the previous design, GE Says.

The GE9X programme also has completed icing tests at GE’s facility in Winnipeg, Canada. Crosswind tests are continuing at the Peebles Test Operation in Ohio.

Meanwhile, Boeing has started assembling the first 777-9 aircraft in Everett, Washington. In addition to the GE9X engines, the 777X family will feature a 71.8m-span composite wing with folding wingtips and a longer fuselage.