How the future of electric aircraft lies beyond the engines

Electric propulsion for large commercial aircraft remains a very distant prospect. But with environmental concerns putting pressure on aviation, manufacturers have turned their attention to electrifying functions other than propulsion – the objective being to reduce CO2 emissions by designing new aircraft that are “more electric” than their predecessors.

Compared to hydraulic systems, electric alternatives are lighter, easier to install and maintain and often draw less power from the main engines. Switching landing gear controls from hydraulic to electric, for example, could potentially reduce fuel burn by as much as 10% on future twin-aisle aircraft – although most experts believe such savings will probably be in the single digits. 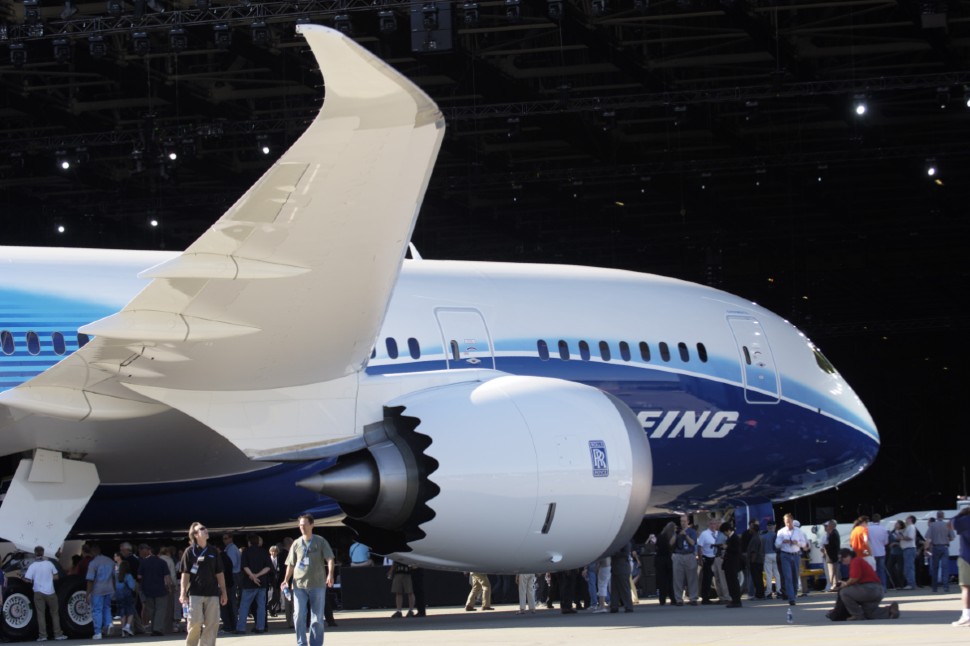 Trent 1000: Rolls-Royce sees potential to cut fuel burn with shift away from hydraulics

"In very general terms, the difference between a traditional aircraft and a more-electric aircraft for an engine manufacturer is the quantity of bleed air the airframe requires from the engine compared to the level of electrical power extracted via the generators," wrote Kevin Daffey, head of electrical power and control systems at Rolls-Royce, in a paper on the subject for the Institution of Engineering and Technology.

While there has been much talk about the potential for small all-electric or hybrid-electric aircraft, there is no medium- or even longer-term solution on the horizon for larger models. Alan Newby, director of aerospace technology and future programmes at R-R, says that while he sees "little opportunity for electric propulsion" for widebody aircraft, "more-electric solutions may offer benefits".

"Batteries will be the barrier," says Newby, adding that while there have been some developments in the battery technology, "there is an awfully long way to go" before electric propulsion on larger aircraft becomes a possibility. However, "that's not to say we can't have more electric content on those aircraft", he adds.

Hervé Blanc, vice president and general manager at Safran Electrical & Power, agrees that "electric propulsion for large commercial aircraft is clearly a long way into the future". Even for narrowbodies, Blanc does not believe that all-electric propulsion will be possible before 2050. But, he says, the technologies already exist to electrify "all systems except propulsion".

"When we talk about more-electric aircraft we are talking about functions except propulsion that could move from a hydraulic to an electrical solution," says Blanc. "For example, we were the first in the world to develop an electric thrust invertor on the [Airbus] A380 – the standard solution is hydraulic. This is a large system that we have demonstrated can be actuated by electrical energy instead of using hydraulics."

Safran is developing a similar, smaller-scale system for the Comac C919, which Blanc says is "close to certification".

Another example cited by Blanc is the electric braking system developed for the Boeing 787 by Safran Landing Systems. This, he says, is "clearly another demonstration of how an electric solution can efficiently replace a hydraulic solution".

In a description of the electric braking system on its website, Safran says: "Since electricity largely replaces hydraulics, both brake installation and maintenance are easier. Plus, it's a 'plug and play' system: for these electric brakes to operate, you just have to connect a wire between the actuators and the electronic control unit, and connect this unit to the aircraft's electrical system." 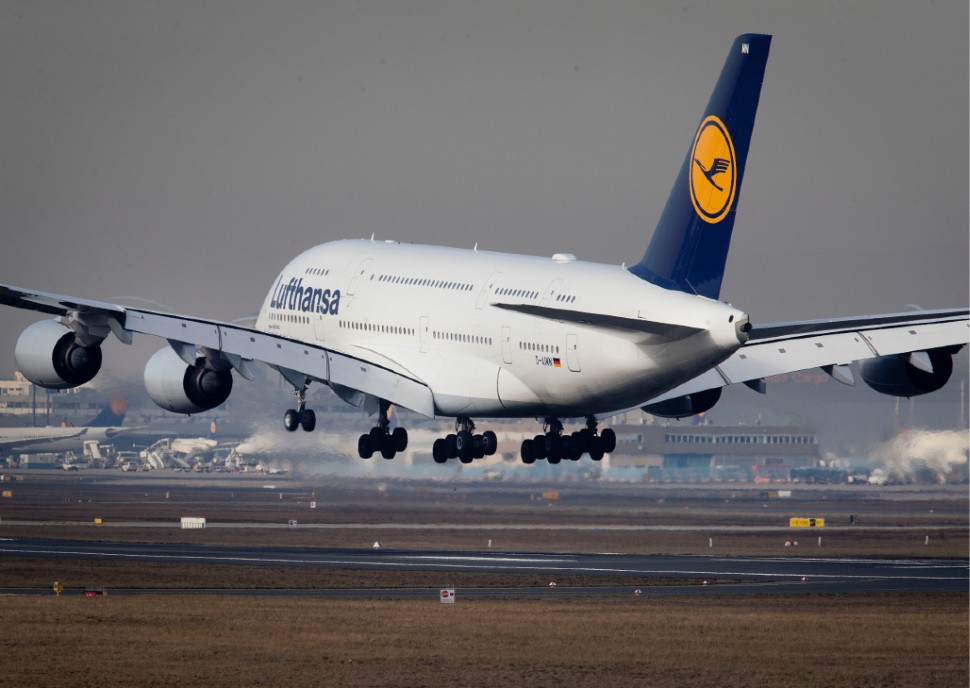 Safran is also working to switch landing gear actuators from hydraulic to electric power. For extraction, retraction and steering Blanc says "it makes a lot of sense to imagine an electrical solution".

"By removing this significant hydraulic system at the front part of the aircraft you save a lot of weight and cost by replacing it with a wire that will drive electric actuators of the nose landing gear," says Blanc.

Safran has demonstrated the technology but, he adds, "the question we always discuss with the airframers is – does it makes sense in terms of cost to move from a hydraulic to an electrical system?"

Because these solutions require "significant changes to significant parts of the aircraft", they are aimed at future aircraft models rather than the retrofit market.

In addition to the weight savings associated with swapping from hydraulic to electrical power – which could be as much as 30%, according to Blanc – the power intake from the engine is also reduced because hydraulic energy is drawn from the main powerplant. He estimates that fuel burn on a typical large commercial aircraft could fall by 5-10% as a direct result of this reduced power intake.

R-R is taking a two-tiered approach to electrification in civil aerospace: an evolutionary, incremental strategy and a revolutionary, disruptive path. Replacing mechanical and hydraulic systems with electrical solutions falls into the former category. R-R points to the no-bleed electrical systems architecture on the 787 – on which its Trent 1000 is an engine choice, alongside the GE Aviation GENx – as being a key first step on the more-electric aircraft journey.

Generators mounted on each 787 engine provide half a megawatt of power per engine. This is augmented by two additional generators attached to the auxiliary power unit (APU). The electrical power generated is used to drive functions such as air-conditioning and wing anti-ice systems.

R-R is examining a number of other more-electric configurations that could potentially be applied to large commercial aircraft in the future. These include an electrical starter generator, various electric accessories, multi-shaft power extraction and transfer, and the possible elimination of the accessory gearbox. The latter could be achieved by integrating the electrical generator, power storage and power distribution systems.

Any changes, however, will "probably" follow a "staged approach", whereby "we go to two generators externally mounted and then embed them", says Newby. "We've got to satisfy ourselves that we've got the maturity of the technology before we start embedding it," he adds.

He points out that while some of these steps could "allow us to do some clever things" – such as use the power generated to enhance the relight envelope – it is not a case of simple substitution. Rather, realising such benefits requires optimisation of the entire fuel system.

Newby predicts some of the more-electric elements under consideration at R-R may enter service at "the back end of next decade". "It doesn't require an awful lot of new technology – we've got the underpinning technology already," he says.

Newby also believes that more-electric developments will likely result in a single-digit reduction in fuel burn on future large aircraft.

"We're working out whether it will be low single digits or high – up to 5% probably, depending on the configuration," he says. "This is not an insignificant benefit".

Another manufacturer researching electric systems that it believes could "revolutionise" aviation is Liebherr Aerospace. The company announced earlier this year that three of its project teams had embarked on more-electric research and development initiatives. Liebherr is looking at using electrical energy for flight control, landing gear actuation, air conditioning and ice protection.

The actuator work is being conducted in Lindenberg, Germany, where Liebherr says its engineers are "working to find out how these kinds of hydraulic systems can be replaced by electro-mechanical or electro-hydrostatic systems in the future". This could be supplied by a central, electro-hydraulic power pack with a 540V DC supply, the company says.

In Toulouse, Liebherr is working to optimise two main electrical systems for the environmental control system and the wing ice protection of the leading edge. The goal is to "reduce the weight and fuel consumption of the more-electric aircraft to achieve significant reductions in CO2 and nitrogen oxide emissions".

Echoing Blanc's view that more-electric enhancements are aimed at future aircraft rather than being a retrofit option for existing models, Liebherr says: "More-electric aircraft technologies require a whole new generation of aircraft. Just replacing state-of-the-art equipment with an electrical version will not lead to an advantage.

"In most cases, this would rather add weight compared to today's systems. Pairing more-electric technology with a new power generation and distribution architecture is the only promising way to use its advantages efficiently."

Anyone hoping for an emissions-free electric twin-aisle aircraft in the foreseeable future is likely to be disappointed. However, a series of incremental improvements mean tomorrow's widebodies look set to be more electric and more fuel-efficient than today's models.

As R-R's Newby observes: "There is not one silver bullet that is going to improve big aircraft efficiency. It's going to be a combination of factors."