Airbus has taken delivery of the nose section for its first A330-700 Beluga XL transport aircraft.

The nose and cockpit have been constructed by Stelia Aerospace at a French facility in Meaulte.

It was shipped to the Beluga XL's final assembly line in Toulouse by an Airbus A300-600ST freighter, the aircraft which the XL will eventually replace.

Stelia says the nose section is 12m long and 4m high and weighs 8.2t. Several of its production sites, including its Tunisian facility, contributed to the manufacture.

"This is the first time the Meaulte site has delivered a fully-equipped nose section," says the company.

Its Rochefort plant is producing the upper fuselage cargo door assembly which will be delivered this summer.

Airbus is producing five Beluga XL twinjets – powered by Rolls-Royce Trent 700 engines – to modernise its logistics fleet, in order to cope with ramp-up of the A350. 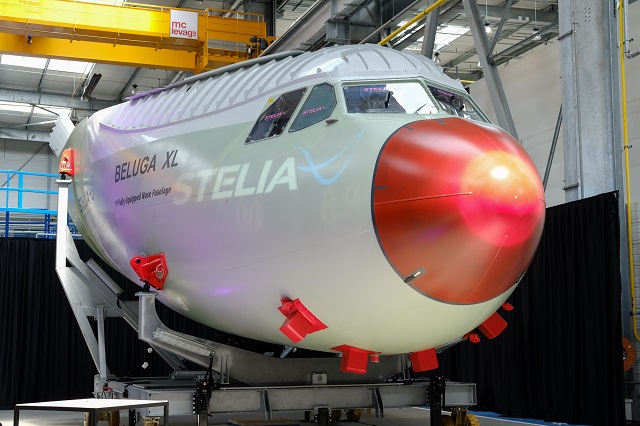