The 15m by 6m structure marks the first time China is using an all-composites concept for a fuselage, says Comac.

It adds that the structure will provide important technical support for the preliminary design of the composite structure of the CR929. 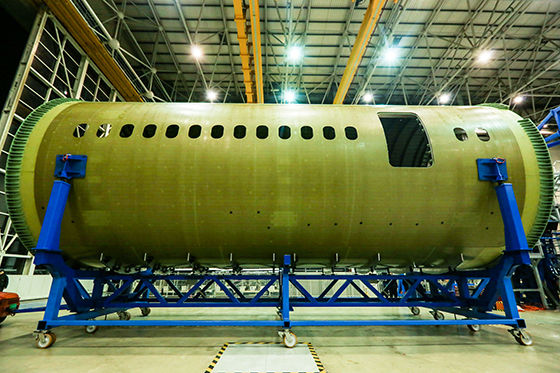 China is responsible for the production of the fuselage of the in-development Sino-Russian widebody. Final assembly of the aircraft will also be done in Shanghai. The aircraft’s composite wings, empennage and tail section will be produced in Russia.

The programme is expected to progress to joint definition in the second half of 2019, after the selection of engine and landing gear suppliers earlier in the year. The target is to deliver the 280-seater in 2025.

Italian aerospace giant Leonardo has also signed a memorandum of understanding to collaborate with Kangde Investment Group to set up a Chinese aerostructures production plant to supply fuselage parts for the CR929.