Aircraft 10007 and 10010 are currently under structural assembly, but have recently been painted in a white colour scheme with the MRJ90 logo on their vertical tails. 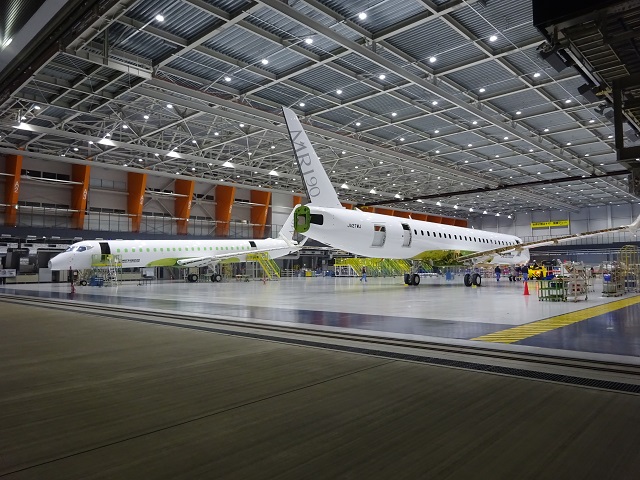 The Japanese manufacturer tells FlightGlobal that the target is to complete the assembly of these two jets and put them to tests towards the end of 2018. These additional aircraft will incorporate late design changes of its avionics bay that were made to comply with certification requirements.

The aircraft will focus on high-intensity radiated field and electromagnetic interference tests, functionality and reliability, passenger comfort and operational evaluation.

With the two additional jets, Mitsubishi will use six flight test aircraft for the MRJ programme. It has since crossed the halfway mark of the flight test campaign, having clocked more than 1,500 flight hours.

The original plan was for 2,500 flight test hours, but around 500 extra hours have been added due to the late design change.

Mitsubishi is targeting to deliver the first MRJ90 to launch customer All Nippon Airways by mid-2020.