Mitsubishi Aircraft opened the doors of its final assembly hanger to journalists for the first time on 26 April.

The hangar, located near the manufacturer's headquarters at Nagoya, started operations last March. It is connected to a yet-to-be-opened MRJ Museum, where visitors will one day take tours to better understand the programme.

FlightGlobal was shown the hangar from a second level walkway that overlooks the facility. There were four aircraft in various stages of assembly.

FTA-5 was the most advanced. Painted in launch customer All Nippon Airways' livery, with the airframe complete and the tail attached. Its landing gear and doors are also installed. The aircraft's Pratt & Whitney PW1200G engines have not been attached, and neither was its nose cone. The aircraft, which will be based in Nagoya, has been tested for lightning resistance. 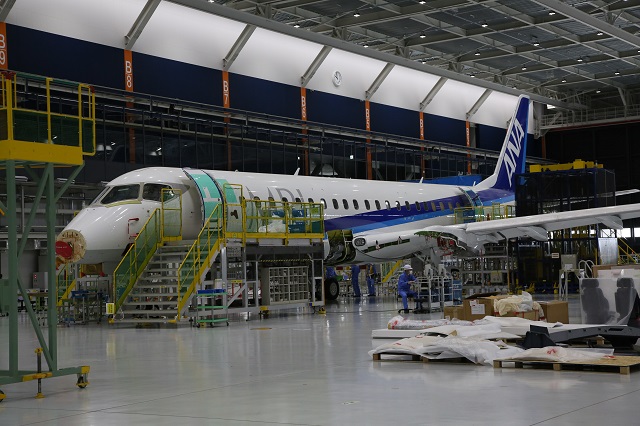 All pictures courtesy of Mitsubishi Aircraft

Aircraft six and seven are meanwhile in the assembly area, but in a less prepared state. Both have had their fuselage and wings joined, but the tails have not been attached.

Aircraft eight is the first MRJ70 variant to be assembled, but visiting media did not have a close view of the aircraft. 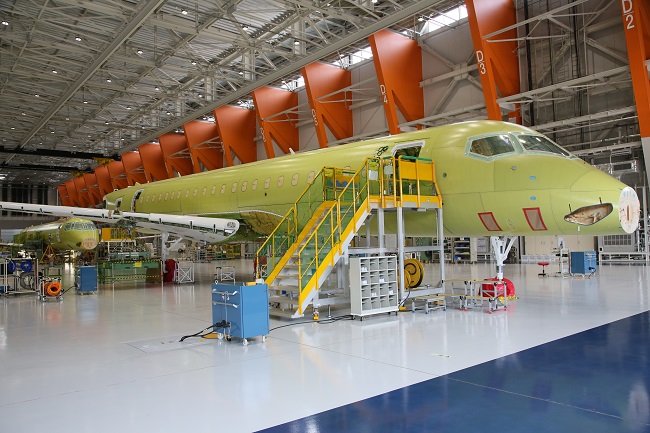 The hangar is divided into two main areas – one for assembly, the other for installation and functions.

In the assembly section, various sections of the fuselage are being joined at station one, before the jet moves to station two where the wings and horizontal stabilisers are attached to the fuselage, and where the landing gear is mounted. 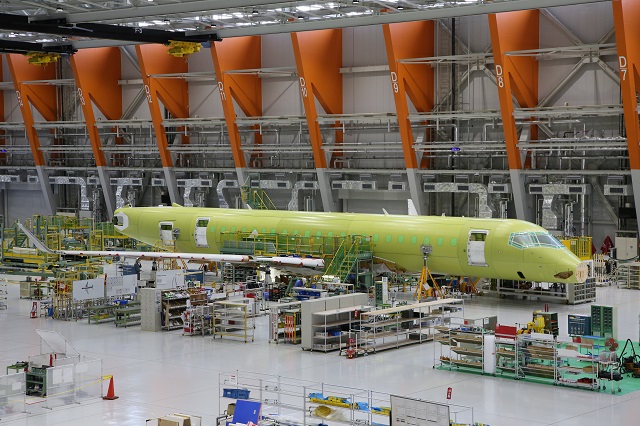 The aircraft then proceeds into section three where major components are assembled, and then into section four where the aircraft is outfitted. At station five, ground tests are done. This is the final station before the completed aircraft is moved into the paint hanger.

Mitsubishi says the facility has the capacity to manufacture 12 aircraft concurrently. 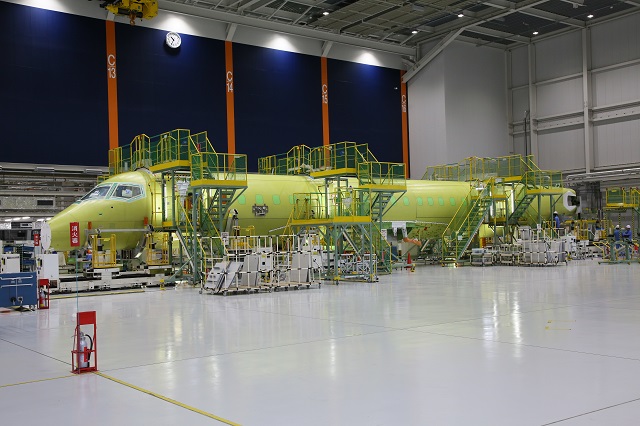 The MRJ programme is, however, undergoing a design review, due to the need to relocate components in the jet's avionics bay and to reroute associated electrical wire harnesses for safety and certification purposes. This has led to a two-year pushback of its first delivery to mid-2020.

Mitsubishi says that production at its facility has hence slowed, as the design change is being worked on. It will also need to use one or two additional aircraft for its certification campaign, but the number has not yet been finalised, executive chief engineer Nobuo Kishi tells FlightGlobal.