Spirit AeroSystems to do preliminary design of Aerion AS2’s fuselage

Spirit AeroSystems will perform preliminary design work for the forward, pressurised fuselage of Aerion’s in-development supersonic business jet, the AS2.

The Wichita-based aero-structures company is perhaps best known for manufacturing large sections of commercial airliners for Boeing, including the fuselage of the 737. Boeing agreed on 5 February to provide Aerion with flight testing, engineering and industrial resources, as well as a “significant” investment.

Given its close ties with Spirit AeroSystems, it appears that Boeing brokered the arrangement with Aerion and is eager to leverage its resources in service of advancing the AS2 project.

“Joining a project team this early allows us to apply our technical expertise and commercial best practices to make the most positive impact,” says Tom Gentile, president and chief executive of Spirit AeroSystems. “We can create cost-efficient, innovative engineering solutions that take into account Spirit’s highly efficient manufacturing processes.” 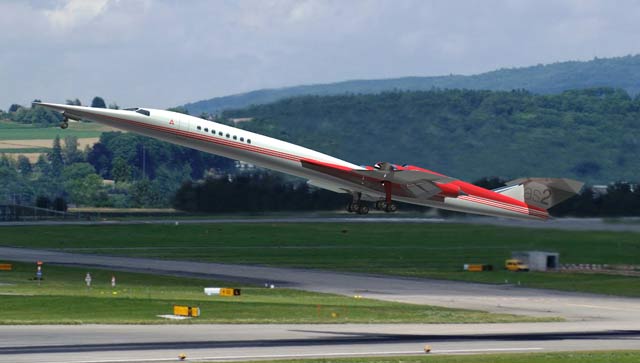 Aerion’s 12-passenger AS2 is designed to have a supersonic cruise speed of Mach 1.4. The company claims the high-speed business jet could save as much as 3h of flight time across the Atlantic Ocean and more than 5h across the Pacific Ocean. The aircraft reportedly is projected to cost $120 million and has a first-flight goal of 2023.

Boeing's and Spirit’s commitments to Aerion come after the company parted ways with Lockheed Martin. The military aircraft manufacturer had a one-year agreement to assess the technical viability of the AS2 aircraft design, which expired on 1 February 2019. Lockheed and Aerion declined to comment on the results of that technical assessment.

Jeff Miller, executive vice president of marketing and communications with Aerion, told FlightGlobal on 11 February that his company had moved on from its relationship with Lockheed Martin.

Aerion and Boeing “share a common vision of the renaissance of supersonic travel,” he says.