Developers of a joint Russian-Chinese long-haul aircraft expect to select suppliers over the next year to 18 months, after the project passed a technical concept checkpoint. 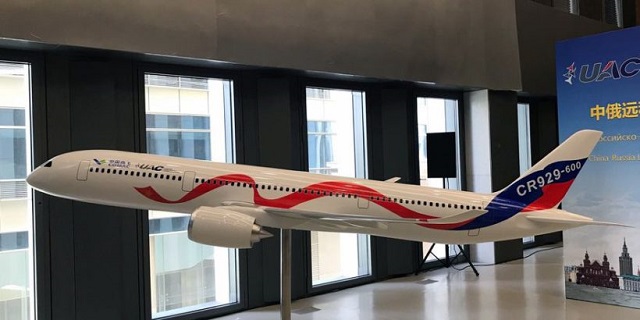 Russia's United Aircraft says the project's board has approved the clearance of the 'Gate 2' development stage for the CRAIC CR929.

It has also recommended that the steering committee for the programme discuss transition to the next phase.

The board has also agreed an organisational structure and budget as well as a number of issues on regulatory documentation.

"These decision will enable the launch of full operational activity of the joint venture in the near future," says United Aircraft.

Preliminary design and selection of equipment and systems will take place next year, confirming the main partners with which United Aircraft and CR929 partner Comac will work during the twinjet's development.