Textron Aviation has unveiled and launched the twin-engined Cessna 408 SkyCourier with a surprise order by FedEx for up to 100 aircraft worth $550 million at list price, in a move that reinserts the company into a market segment once occupied by the Beech 1900.

With an emphasis in the design on simplicity and a clear bias for the freighter mission, Textron Aviation expects to move rapidly through development, achieving first flight in 2019 and entry into service with FedEx a year later.

"Nobody is looking for 'fancy' here. This is a workhorse," says Scott Donnelly, chief executive of Textron, the parent of the division that owns the Cessna and Beechcraft brands. 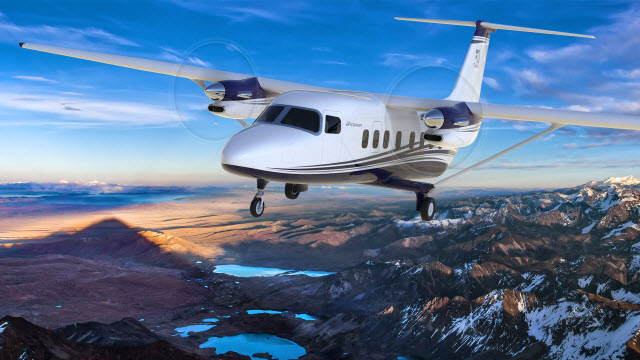 Featuring a 16.7m (54.9ft)-long fuselage and a 21.9m wingspan, the result is an aircraft with roughly the same length and payload as the Beech 1900 but few of the comfort and performance qualities that made the type ubiquitous as a regional feeder aircraft for passenger airlines in the 1980s. Production of the Wichita-built 19-seater ceased in 2002.

The SkyCourier's fixed landing gear and wing struts will limit the top speed to about 200kt, or about two-thirds the maximum speed of the 1900. Textron Aviation plans to develop a 19-seat passenger version, but the aircraft's slow speed and unpressurised cabin could limit its appeal to the airline market. Instead, the passenger version of the SkyCourier will be targeted at markets in developing countries, as well as utility-transport and special-mission operators, Ernest says. 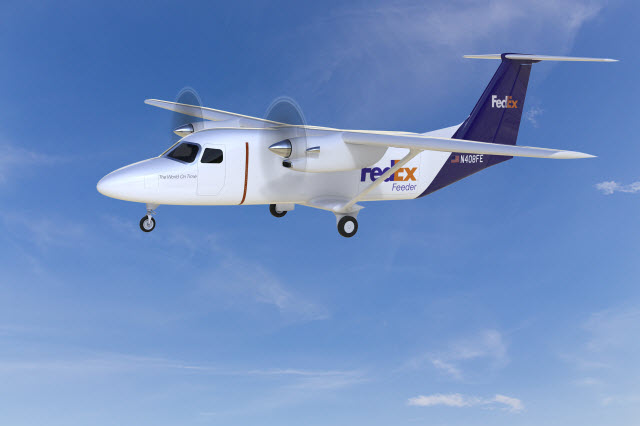 The aircraft appears optimised to the perform the cargo feeder mission that FedEx desires. The roughly 178cm (70in)-tall by 178cm-wide fuselage cross section is big enough to hold three LD-3 containers or palletised cargoes, says Brad Thress, senior vice-president of engineering for Textron Aviation. The SkyCourier also will feature a 221cm-wide cargo door hinged at the top to open outward, he adds.

The cargo door and handling system are among the most advanced features of the clean-sheet design, Thress says.

In other respects, the SkyCourier uses conventional technology. Textron Aviation has selected a Pratt & Whitney Canada PT6-65 turboprop engine with an aluminium, four-bladed McCauley propeller. The choice seems a step back for Textron Aviation after the 2015 launch of the single-engined Cessna Denali, which features the GE Aviation Advanced Turboprop (ATP) and a composite, five-bladed McCauley propeller.

But the choice reflects Textron Aviation's emphasis on simplifying and optimising the SkyCourier for the role of its namesake. The aircraft also will use a Garmin G1000 avionics system and a conventional aluminium structure, Thress says.

"This was all about utility and what it will cost to operate it," Donnelly says.

After the aircraft's scheduled debut in 2020, FedEx plans to take delivery of a new aircraft on a roughly monthly basis over the next four years, says Bill West, FedEx vice-president of supplemental air operations. If FedEx picks up the option to order a second batch of 50 SkyCouriers, the carrier would expect to take delivery at a similar pace, he adds.

The deliveries will help FedEx replace a fleet of nearly 290 contracted turboprops. Less than three weeks ago, ATR launched the ATR 72-600 Freighter with a launch order of up to 50 aircraft from FedEx, which will replace the freight airline's fleet of older ATR 72s. FedEx also operates a fleet of more than 200 Cessna Caravans and ATR 42 turboprops, which will be replaced by the new SkyCourier.

CORRECTION: This article was changed to provide the correct length of the Cessna 408 SkyCourier.