Boeing has begun roughly eight months of flight testing on the 737 Max 9 to focus on validating the aerodynamic and environmental system changes compared to the smaller variant.

The 2h42min first flight completed on 13 April took off with a tail wind from Renton Municipal Airport and landed at nearby Boeing Field into a 20kt crosswind.

"It was a workout," she said in a post-landing press conference at Boeing's Seattle Delivery Center.

The take-off was delayed 90min at Renton airport due to a loss of telemetry communications between the aircraft on the ground with Boeing's control centre. A radio dedicated to flight test communications also failed to work properly after take-off.

Despite the difficulties, Walsh and Boeing Capt Ed Wilson managed to complete a full test card, validating the 737 Max 9's handling at each flap setting and at speeds up to 240kt and altitudes up to 24,000ft, Walsh says. The crew also shutdown and re-lit each of the 28,000lb-thrust CFM International Leap-1B engines in sequence.

The 737 Max 9 landed around 1:40pm with only one uncompleted task: a publicity photo by the chase aircraft, which was called off because of a thick blanket of clouds around Mount Rainier, Walsh says. 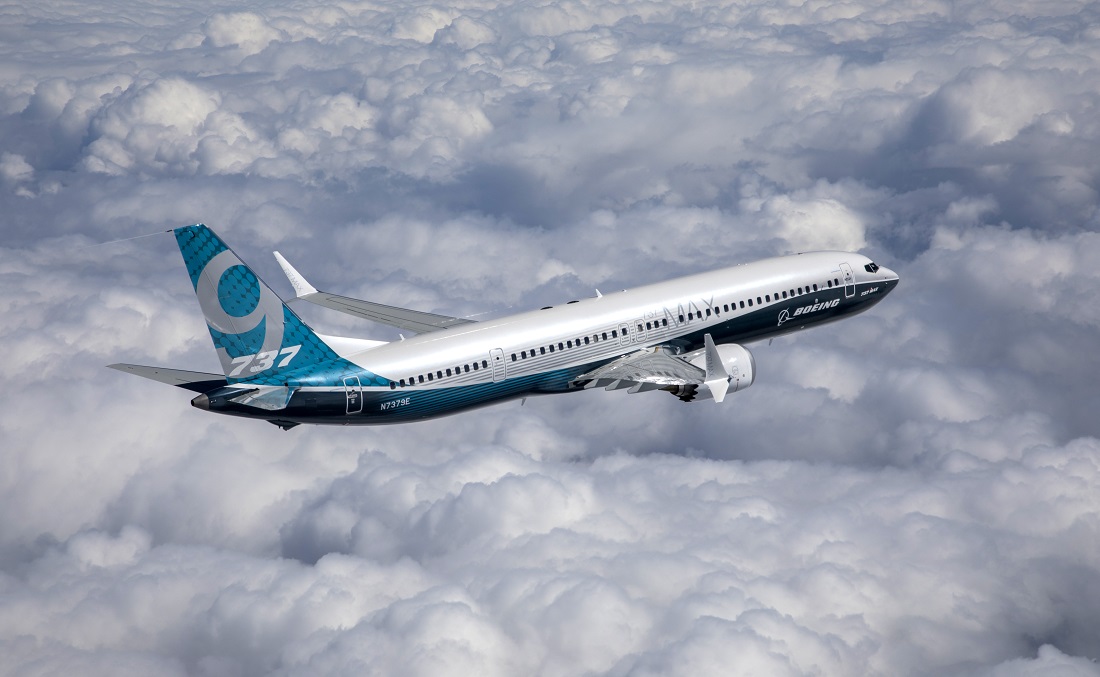 Flight tests will resume on 17 April with the first test aircraft as a second and final test aircraft nears completion inside Boeing's Renton aircraft factory. As the second member of the re-engined single-aisle family to enter flight test after the 737 Max 8, the certification process for the 2.6m-stretched version is expected to proceed more rapidly with fewer resources.

About 30% of the test points completed by the 737 Max 8 must be revisited during the campaign for the 737 Max 9, says chief project engineer Michael Teal. All of the testing is focused on how the larger size of the 737 Max 9 affects the aerodynamic characteristics and the environmental control system.