Phizz has introduced a new apple and blackcurrant-flavoured version of its effervescent tablets, expanding the range of supplements it offers to help passengers stay hydrated and healthy while travelling. 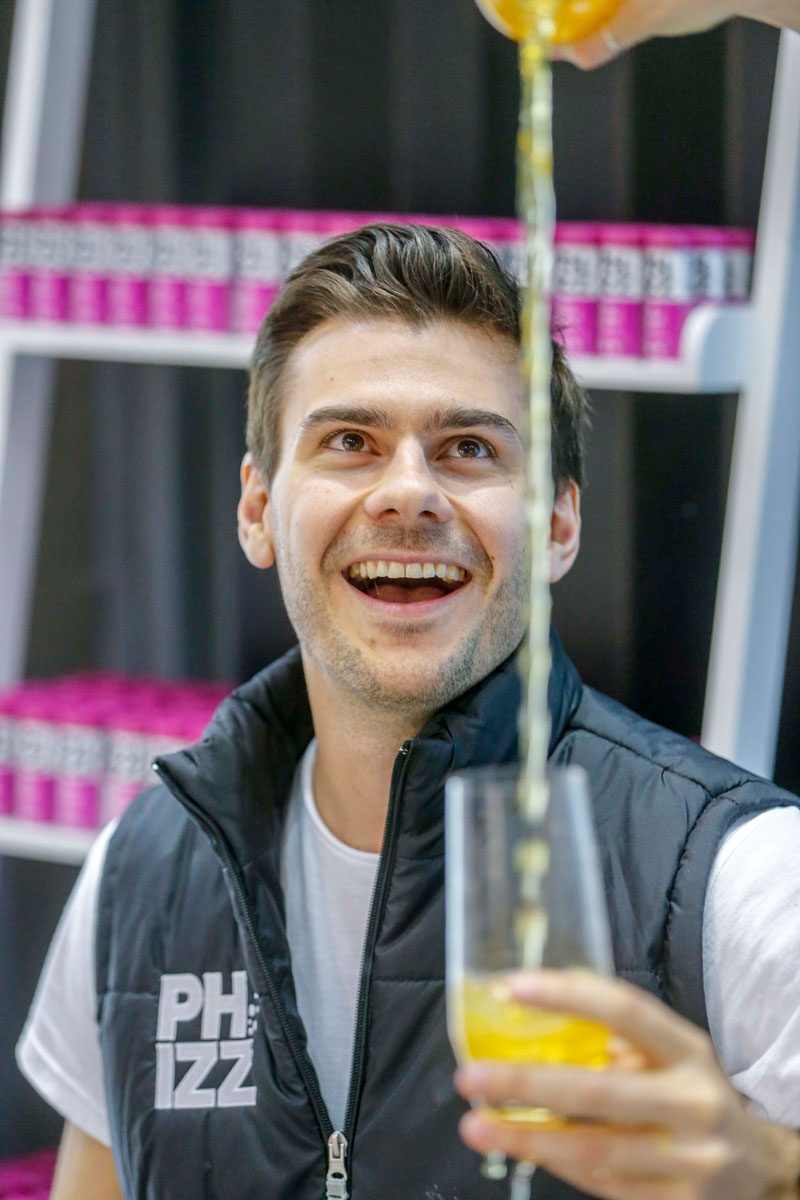 Rory Simmance-Freemantle is a picture of health

The tablets combine electrolytes and vitamins – a rare combination when the tablets were first developed – giving passengers a health boost to counter the negative effects of travel on the body.

Since launching a new single-serving packaged version of the original orange-flavoured Phizz at last year’s show, the company has been testing different flavour options that could be rolled out to the range. It whittled the options down to apple and blackcurrant from the eight flavours it tested.

Apple and blackcurrant tasted the best with the natural sweeteners effectively masking what could be a salty taste in the tablet, says Rory Simmance-Freemantle, operations director for the company.

The company will potentially explore launching another flavour in the future, and may produce the apple and blackcurrant version individually, he adds.

The UK is currently the largest market for the product, although it is also available in the Middle East, South Africa and was recently launched in the Netherlands.

The tablets are available in pharmacies, supermarkets, gyms, hotels and online, and can be used for everyday health and wellbeing.

“This is a multi-purpose product,” Simmance-Freemantle says. “Everybody is dehydrated now, and it’s a huge problem.”