Lockheed Martin has signed a contract to equip Taiwan’s F-16s with its Sniper Advanced Targeting Pod and the first two units are just about ready to deliver from the production site in Orlando, Florida.

A company spokeswoman tells Flightglobal that two units will be delivered in the fourth quarter for integration by the US Air Force, which is running Taiwan’s F-16 upgrade programme through the American foreign military sales process.

Although it’s a small order initially, Lockheed’s missiles and fire control business can likely expect further orders down the road as the first two pods are fielded. The disclosure of deliveries to Taiwan comes just days after the company revealed Japan’s decision to carry Sniper Pod on its Mitsubishi Heavy Industries F-2.

Lockheed said in a 13 August statement that Taiwan has also contracted it to provide integration support for the LANTIRN targeting and navigation system, which is being employed on Taipei’s recently modernised F-16s. Lockheed is currently upgrading 144 Taiwanese A-model F-16s, which includes the installation of Northrop’s Scalable Agile Beam Radar (SABR).

Taiwan is the 20th international customer for Lockheed's Sniper Pod – originally developed for the US military – and Japan's F-2 will be the eighth aircraft type to employ it. In May, Lockheed announced the sale of Sniper Pods to Romania and Thailand for their Lockheed F-16s. 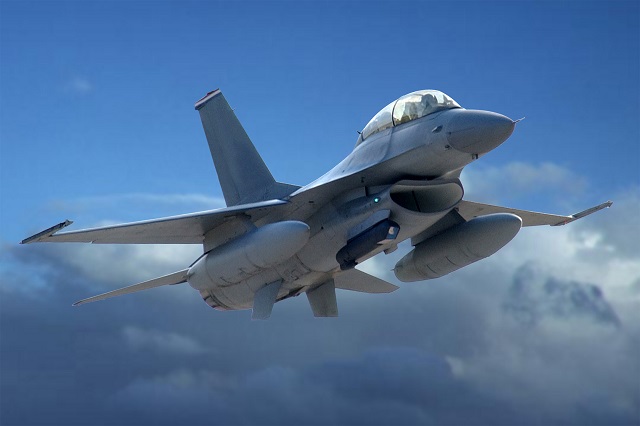 The pod is carried externally, and can automatically track and laser-designate ground targets from great distances. Its day-and-night cameras are also a non-traditional source of intelligence surveillance and reconnaissance imagery. In addition to the F-2, Sniper is carried by the Boeing F-15, F/A-18, B-1 and B-52 as well as the Lockheed F-16 and Fairchild Republic A-10.

The pod is a direct competitor to Northrop’s Litening G4 targeting pod, which is compatible with many of the same fighters and bombers, with the addition of the AV-8B Harrier.

Northrop’s version is produced in partnership with Rafael, which announced the development of the Litening G5 earlier this year, known as "G4 Advanced" outside of the USA. The new system adds an air-to-air targeting capability and is expected to be fully operational by the end of 2016.