THE 737 STORY: The Long Stretch

It is almost 40 years old, but, bolstered by a record sales backlog, Boeing is pushing its venerable and vigorous 737 off in new directions

For almost four decades the ageless 737 has been the right aircraft at the right time for Boeing, not just once, but at least three times. Now, as Boeing celebrates two commercial jetliner records – the delivery of the 5,000th aircraft and the passing of the 6,100th order milestone – the company is focused on squeezing even more out of this ubiquitous industry stalwart. 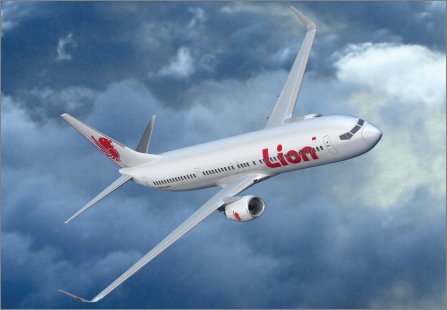 Having hovered on the brink of extinction in the early 1970s, the subsequent success of the model and its many versions has underscored Boeing’s fundamental faith in the derivative philosophy and the 737’s seemingly limitless ability to evolve into new market sectors. And the US manufacturer is determined to keep the family viable and attractive well beyond this decade.

Conscious of its arch-rival the Airbus A320 family, Boeing is bolstering the 737 stable with new variants and as recently as 30 January, launched the 737-700ER (extended range) version on the back of orders from All Nippon Airways. Leading the way, and essentially fulfilling the destiny of the twinjet as a 757 replacement, is the development of the higher-capacity 737-900ER that was finally launched in July 2005 after four years of planning. 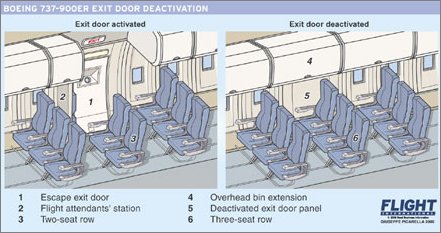 Formerly dubbed the -900X, the -900ER passed through the 90% “drawing” release point in January, and is scheduled to enter final assembly around May. Roll-out is set for June, with a first flight in September kicking off a five-month flight-test effort involving two aircraft. Certification is scheduled for February 2007 with first deliveries to Indonesia-based launch customer Lion Air expected in April.

The Lion launch deal covered 30 firm orders and 30 purchase options with substitution rights for -800s (Flight International, 19-25 July), but Boeing hopes the -900ER’s increased capacity, coupled to its range capability and configuration flexibility, will spark new sales through 2006 and beyond. The baseline -900, which has had relatively few sales and a backlog of just three by the start of 2006, will be replaced by the -900ER in the sales catalogue, which will continue to offer the -600, -700, -700C, -800, together with the Boeing Business Jet (BBJ) 1, 2 and recently offered 3 variant, and the BBJ-inspired, longer-range -700ER.

The -900ER is dimensionally identical to the -900, but features structural and configuration changes to increase capacity to 215 in a single-class layout. Key modifications include the addition of a pair of Type II exit doors just aft of the wing, plus provisioning for up to two auxiliary fuel tanks in the cargo hold. The -900ER will also incorporate a flat aft pressure bulkhead, which will become standard on all new-build 737s from around mid-2006.

The redesigned bulkhead creates additional internal volume, particularly for a revised aft galley layout, which helps free space for an additional seat row. Provision for the new exits – which boost the exit limit capacity from 189 to 215 passengers – “will be structurally installed as standard in all -900s, and will allow operators to decide if the door should be activated or deactivated”, says 737 chief project engineer Mike Delaney.

The deactivation feature will enhance the aircraft’s remarketability, says Delaney, adding that, when not used, the mid-exit area will be covered with a standard sidewall and overhead bin interior.

“We wanted to keep our weight advantage over Airbus, which we estimate is 8-9% per seat on all aircraft, and we designed it for the lightest weight,” says Delaney. “Our initial approach was to make the door an option to allow for single-class operations. But the investment community told us not to make another minor model for resale asset-value reasons. In fact, we got positive feedback on our design decision from two of the major leasing companies,” he adds.

The fuselage, wing box and centre section of the longer-range variant are also structurally strengthened, along with the landing gear and supports, to handle the increased design weights. This is specifically for the higher fuel loads and the -900ER will be available with optional maximum take-off weights (MTOW) up to 85,200kg (187,700lb) – 6,100kg greater than the heaviest -900. Maximum zero fuel weight and landing weight options similarly rise to 67,800kg and 71,400kg, respectively. The -900ER is the heaviest variant of the twinjet and its weight is on a par with initial 727-200 models.

The aircraft will be available with three thrust ratings: the 26,000lb-thrust (115kN) CFM56-7B26, and the 27,000lb-thrust -7B27/F and -7B27B1/F, the latter two incorporating up to 10°C (50°F) increases in exhaust gas temperature (EGT) limit. Most operators are expected to trade this for longer life on wing, while CFM International’s forthcoming “Tech Insertion” initiative is also expected to offer further improvements from early 2007. The CFM56 Tech Insertion will become the new production configuration for the CFM56-7B and CFM56-5B in early 2007.

CFMI is also in the process of defining potential upgrade kits that will make the changes available to operators by late 2007. There are almost 6,000 CFM56-5B and -7B engines in service on A320s and 737s. The package includes improvements validated on the earlier Tech 56 effort to the high-pressure (HP) compressor, combustor, and high- and low-pressure turbines. CFMI completed HP compressor performance and combustor engine and rig development tests, certification icing tests, and emissions assurance engine testing and began tests on the first full CFM56 Tech Insertion engine in late 2005.

Hail ingestion, block, and flight tests on GE’s modified 747 flying testbed were also completed late in the year and Airbus and Boeing are both preparing to begin individual flight tests of the improved engine for qualification on the A320 and 737 Next Generation. Engine certification is expected in the third quarter of 2006.

“That will help specific fuel consumption and the intent is to follow it on the -900,” says Delaney, who adds that, together with the drag performance improvements offered by the use of the blended winglets, “we’re expecting some benefit associated with those items. Customers are telling us the performance of the -800 with winglets is typically better than book, which helps.”

The company’s technical performance measure (TPM), or preliminary estimate of the finished aircraft’s performance for the -900ER, showed the design was within about 80km of its range target by late December. “However, with our weight improvement programme and the other items we’re looking at, we expect to be a few nautical miles better than TPM. It’s clearly a aggressive target, and the Tech Insertion improvement is not yet in there,” Delaney adds.

The -900ER will also benefit from a short-field performance improvement package that is now in flight testing on a 737-800, serial YK721. The enhancement package for the 737NG family is expected to markedly reduce take-off and landing runs, or significantly increase payload performance. 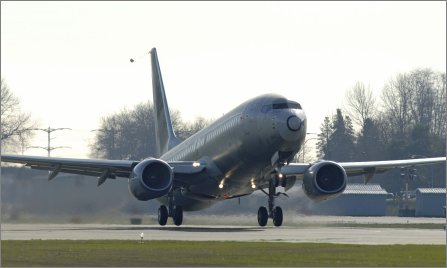 Launched initially to enable the Brazilian carrier GOL to operate larger 737-800s into the restricted 1,465m (4,800ft) runway of Rio de Janeiro’s Santos Dumont airport, various elements of the package are expected to offer benefits across the entire range of models, says Delaney.

The improvements could apply to operators flying into “places like the Faroe Islands, Florence, several areas in Japan and London City”, he says. The package also becomes more important as the Next Generation begins replacing older aircraft, and moving “more and more into ‘Classic’ territory”, says Delaney.

The enhancement package consists of elements that can be applied to the longer- body -800/900ER, as well as a wider set of improvements that can be offered for family members. Specific to the -800/900ER are sealed slats for all take-off flap positions, and a two-position tailskid. On current aircraft, the slats are sealed for take-off flap positions 1° and 5°, and are gapped for 10°, 15°, 25° and over. The change will see the sealed positions extend through 25˚ flap.

Generic 737NG configuration changes include Krueger flap seal actuation to allow the device to be “left sealed for take-off and up out of the way [open] for approach and landing,” says Delaney. Flight-spoiler deflection on the ground will be increased from 30˚, to match the maximum 60˚ of the ground spoilers. The operation of the flight spoilers in normal flight will be unchanged, he says. “But when it lands all the spoilers will come up to a nominal 60˚ throw for greater braking performance.”

Another subtle change across all models will be a reduction in the camber, or “splay” of the main landing gear. “We’ve brought it in by just over 1°, which increases the uniformity of braking across all four brakes and will help tyre [wear] issues we’ve seen across the fleet. It’s a maintenance benefit,” Delaney says. Also changing will be the engine idle thrust delay time, which is being reduced from 5s to 2s. The change, effected through the CFM56-7B’s full-authority digital engine control, will “bring forward idle thrust off the aircraft faster”, thereby helping shorten the landing roll.

The Krueger flap change is applicable to all models and will boost landing performance, as will the idle thrust delay change. The increased flight-spoiler deflection, also applicable across all models, will improve take-off and landing. The -800/900ER-specific changes will boost take-off performance in the case of the leading-edge slat seal change, and landing in the case of the two-position tailskid.

The three-month flight-test effort is expected to run through to late April, with delivery of the first fully equipped aircraft around mid-June. “The changes are designed to be more or less transparent to the crew, so a pilot can be in a -700 in the morning, a -900ER in the afternoon and a -800 short-field at night and all the procedures are the same,” says 737 chief pilot Ray Craig.

Boeing is also offering carbon brakes as a no-charge option for the first time on the Next Generation. “Around one-and-a-half years ago we surveyed carbon-brake technology again and saw that maintenance cost per landing was coming down and that operators would benefit from it without paying a penalty in terms of turnaround time,” says Delaney, who adds: “It was the fifth time we’d studied it in the life of the Next Generation.”

Swapping steel brakes out for carbon will generate weight savings of almost 320kg, or the equivalent of “3.5-4 passengers”. The change, which will be accompanied by a move from bias- to radial-ply tyres (producing a further weight saving equal to “around half a passenger”, says Delaney), will be available for all 737NG models. The brakes will be supplied by Goodrich and Messier-Bugatti, and will be made available for deliveries and retrofits starting in early 2008, following a two-month flight-test programme.

Delaney says “the goal is to be able to support both bias and radial tyres”.

Aside from the weight savings, the carbon option will double the number of landings before a required change to around 2,000 landings. Other changes will include modifications to the anti-skid auto brake control unit, and brake temperature monitoring system. Depending on stopping distance and aircraft loading, the carbon brakes will take a “few minutes longer” to cool after landing than the 13-15min required for steel brakes. “The change is good for roughly 90-95% of the fleet, although there are still some that might have issues with turnaround time,” says Delaney.

While preparations get under way to start -900ER assembly, all eyes on 13 February will be on a brand-new 737-700. Outwardly identical to so many aircraft delivered before it, the Southwest-liveried aircraft will be the 447th 737 for that airline alone. Boeing hopes the added enhancements will ensure similar levels of brand loyalty for the 737 for years to come.