UK holiday carrier Thomson Airways believes it can capitalise on an ancillary approach to new seating concepts for its Boeing 737 Max fleet.

It has yet to decide how many seats it will install in the re-engined aircraft, for which parent TUI has orders for 60, but is to experiment with different seating arrangements aimed at creating a more social atmosphere for large and small groups.

Thomson is looking at introducing a pod with two seats, with a table between, as part of the Max configuration. The carrier intends to test a version of this dual-seat arrangement on its current fleet.

Although the pod requires conversion of three seats to two, customer service director Carl Gissing says the airline is confident that passengers, notably celebrating couples, will be prepared to pay an ancillary premium for the arrangement. 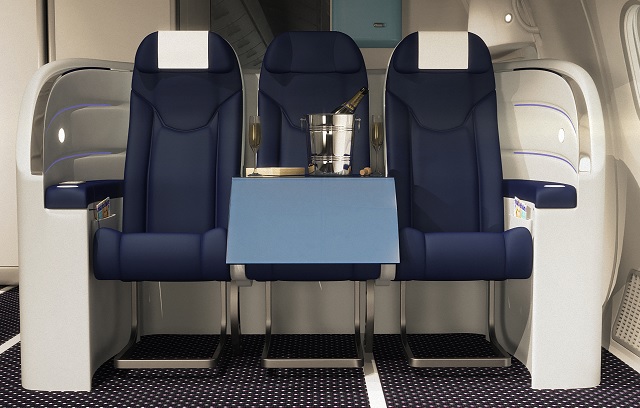 Thomson is also exploring a booth layout for the Max, aimed at seating four to six passengers around a centre table – in a similar manner to a restaurant – for larger travelling groups and families.

“We also know that everyone has different preferences when it comes to where to sit, and who to sit with,” says Gissing, adding that Thomson will look into providing exclusive zones for families or different age groups. 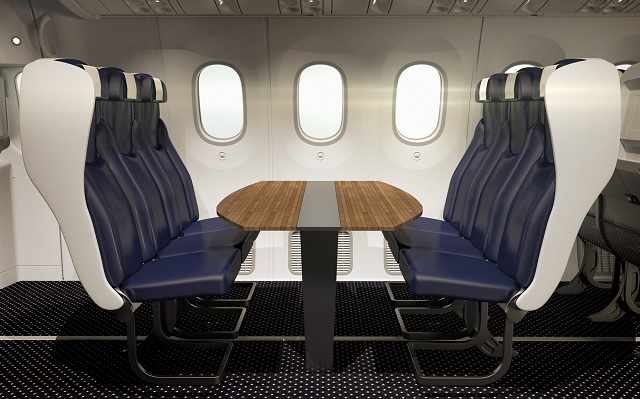