On the eve of the 51st Paris air show, and in anticipation of a memorable week at Le Bourget, we take a look back at 10 highlights of previous editions of Le Salon.

The first show dedicated to aviation was run as an adjunct to the 11th Paris Automobile Show. Modern air show visitors who grumble about the rail and bus schlep to Le Bourget might look back in envy at that first Salon's location: the Grand Palais on the Champs-Elysées. The runway facilities weren't as good, mind. 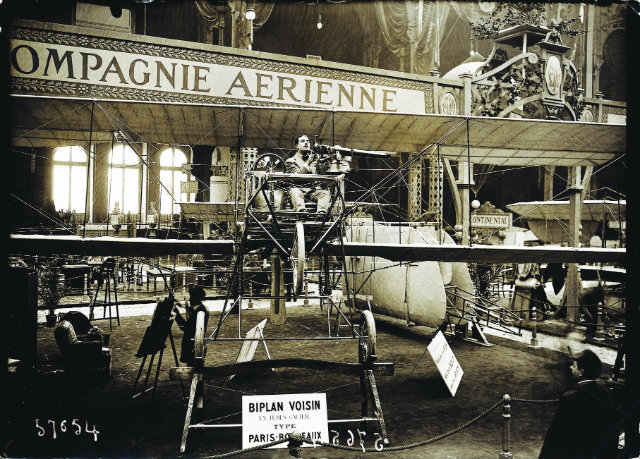 This way to the flying cars

Speaking of Le Bourget, the airport was the end-point of Charles Lindbergh's solo transatlantic crossing, and this show was the first since his epic transit. Lindbergh, of course, had kept his feet dry – but seaplanes were popular in the era, and the Lioré et Olivier LeO H-180 flying boat and Mureaux MB35 submarine scout both made a splash. 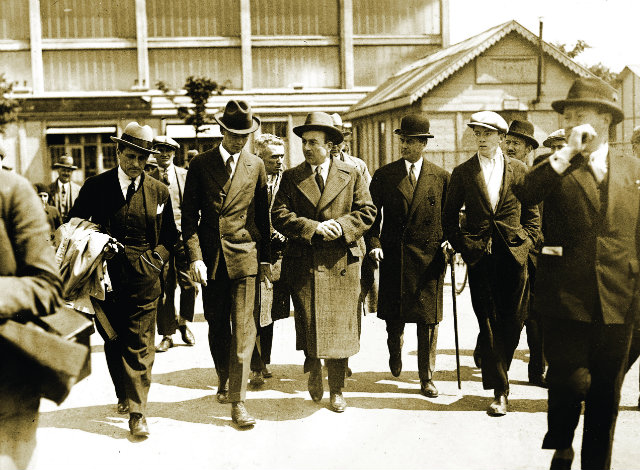 With war clouds looming and stressed metal having almost completely overtaken fabric and wood, visitors to this 16th show got a look at the Dornier Do17, Supermarine Spitfire and Hawker Hurricane – types that would soon meet in less amicable circumstances. 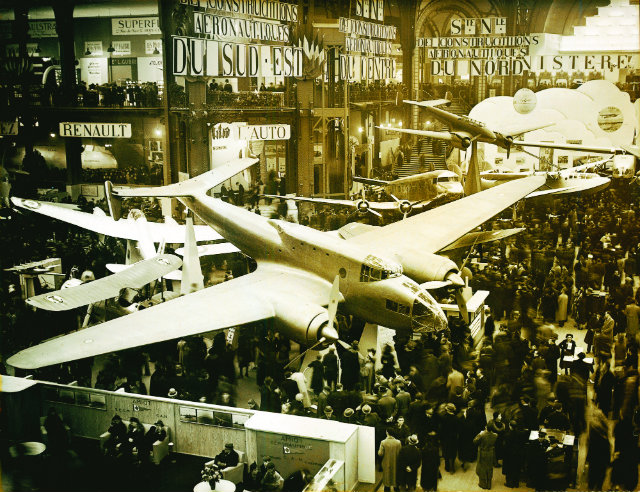 The “Salon Extraordinaire” witnessed superpower rivalry, with the US displaying a Convair B-58 Hustler – parked up next to the Soviet Union's massive Tupolev Tu-114 airliner, which had debuted two years earlier. On the way over, the Convair set the Washington DC to Paris speed record in just under 3h 40min, but it crashed on the way home, killing its crew. 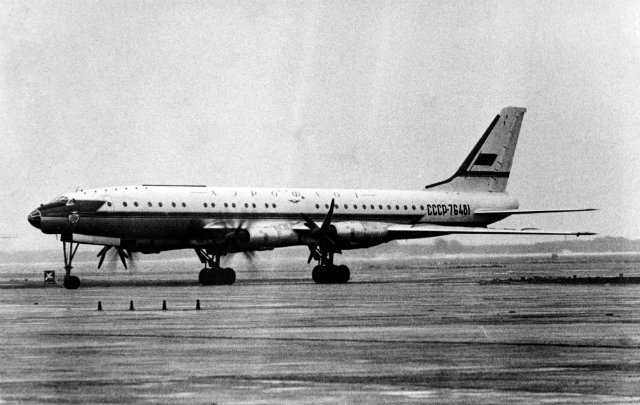 The appearance of the first of the Airbus line – the A300B – was overshadowed by the crash of a Tupolev Tu-144 supersonic airliner, whose second production model crashed at nearby Goussainville, killing all six on board and nine on the ground. Moscow didn't produce an accident report, but intimated that test pilot Mikhail Koslov had taken violent evasive action owing to the proximity of a prying Armée de l'Air Mirage. 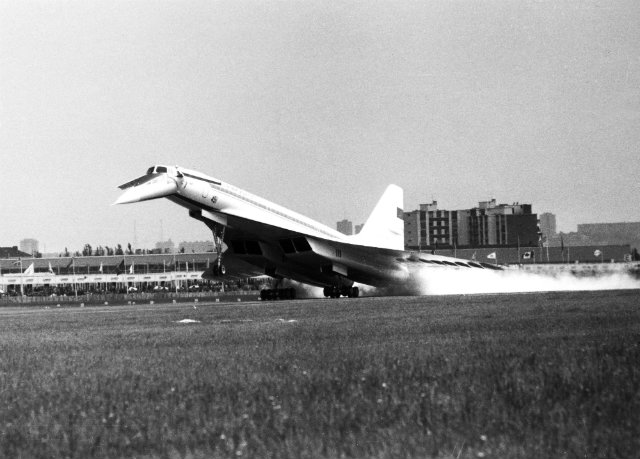 Image of the week was the Space Shuttle Enterprise, piggy-backed on its Boeing 747 carrier aircraft. European ideas for a next-generation fighter also featured; the French were represented by Dassault's Avion de Combat Experimental and the British by the British Aerospace ACA (Agile Combat Aircraft). 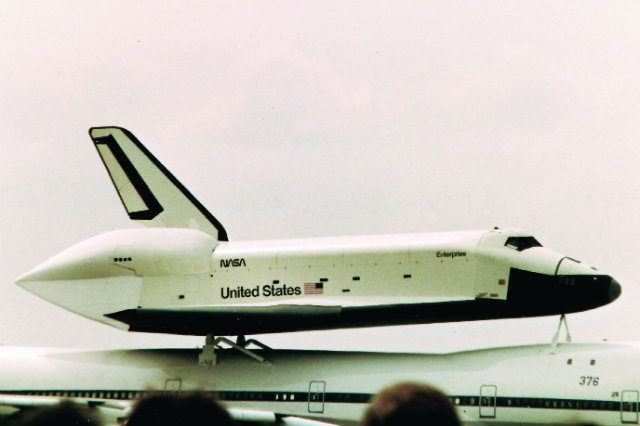 Paris, this is Houston...

The Soviet Union stole the headlines that year. Uneventfully but with great spectacle, the Buran space shuttle flew in atop the gigantic, six-engined Antonov An-225. Very eventfully, a MiG-29 dove vertically into the grass after its starboard Tumansky R-33D engine surged during a low-speed, high-alpha pass. Pilot Anatoly Kvotchur ejected horizontally at around 300ft, two seconds before impact – demonstrating the excellence of the Zvezda K-36DM ejection seat. 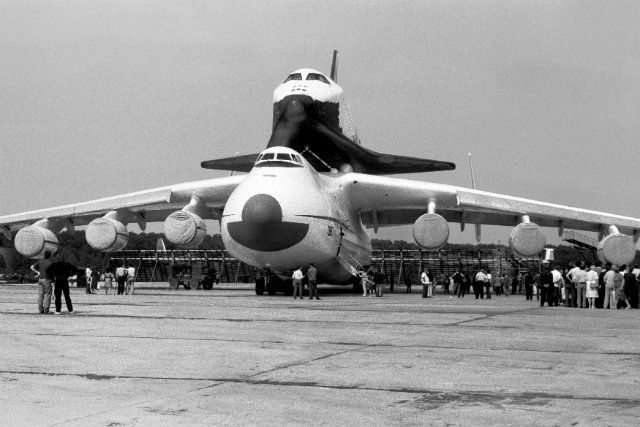 Me and my little friend

With the dust still settling from the first Gulf War, military aircraft figured prominently. Visitors got the first international look at Lockheed Martin's F-117A Nighthawk stealth fighter, and the MiG-31 Foxhound interceptor on display featured phased-array radar – a technology not yet fitted to a Western fighter. The event was also notable as Soviet companies started to push for sales in the West with the Beriev A-40 Albatros jet amphibian. 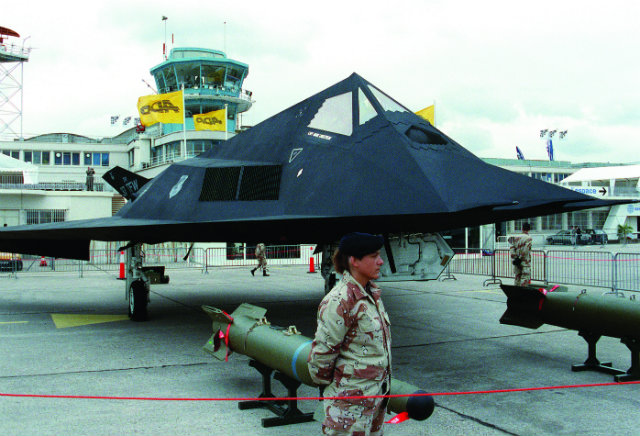 Now you see me

The star turn was the debut of the Airbus A380 – massive but impressively quiet as it reefed tightly around the airfield. A remarkable 19 types made first appearances that year, including Dassault's 7X and Gulfstream's G550 business jets, Embraer's EMB-195 regional jet and Aermacchi's neat little M-346 advanced jet trainer. 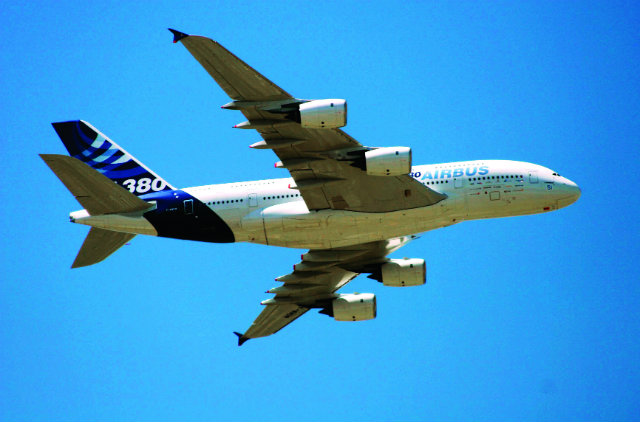 China announced its growing ambitions in the airliner market with the first visit to Paris of an indigenous manufacturer and a mock-up of Comac's C919. Eurocopter's X3 experimental hybrid rotorcraft made its first public appearance, and at the other end of the speed spectrum was solar power champion Solar Impulse, whose second iteration is unable to appear at the 2015 Paris air show, being otherwise engaged on its multi-legged round-the-world tour. 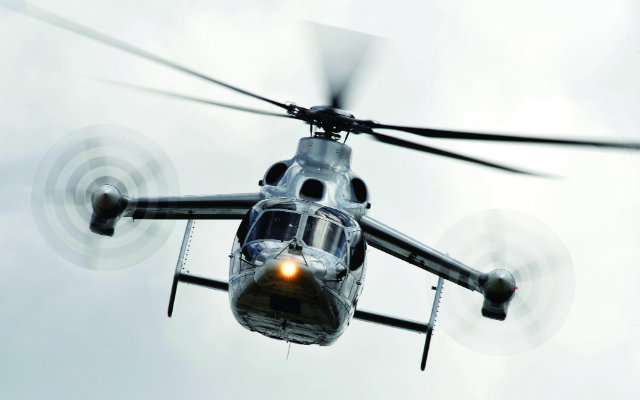