Top ten: How the world's biggest airlines ranked in 2014

The July-August edition of Flightglobal’s management magazine Airline Business features its latest World Airline Rankings, detailing the 2014 performance of the 100 biggest airline groups – whose revenue was up 2.6% to $704 billion for the year.

After its merger with US Airways, it's no surprise American Airlines rules the roost with $42.6 billion in group revenues. The three US majors generated revenues of over $122 billion, leading North American carriers as a regional group to a world-beating $219 billion revenue.

But as the snapshot below shows, there are many ways to gauge size – and while mighty AA also tops the table by operating profit (at nearly $4.3 billion), arch-rival Delta carried more than twice as many passengers and racked up more than half again as many revenue-passenger kilometres – the much-watched measure of how many paying passengers were carried how far. 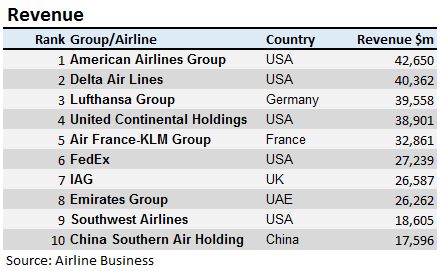 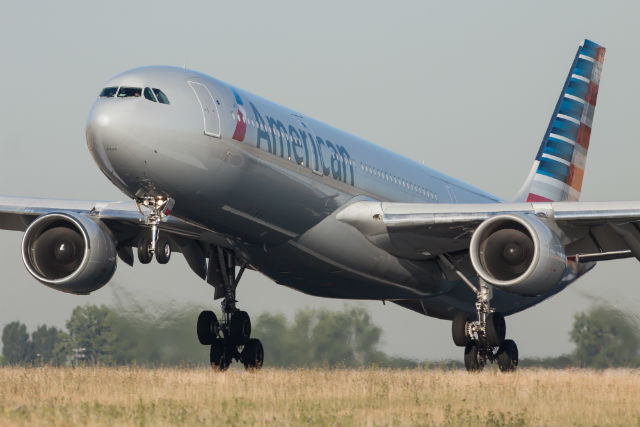 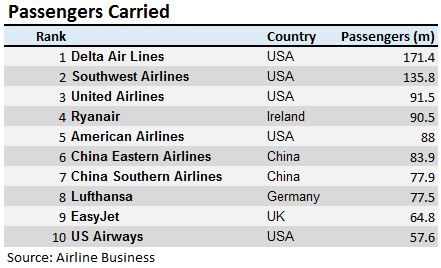 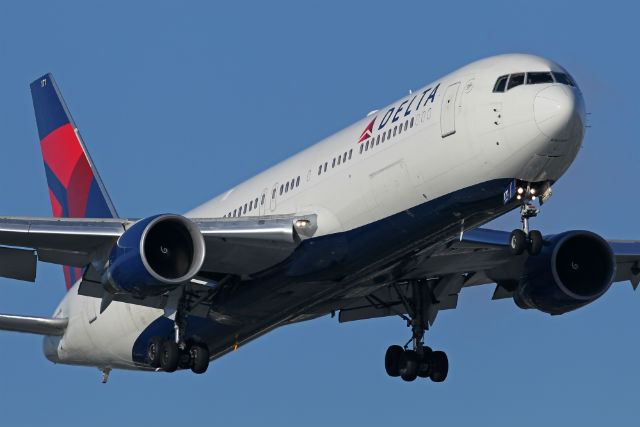 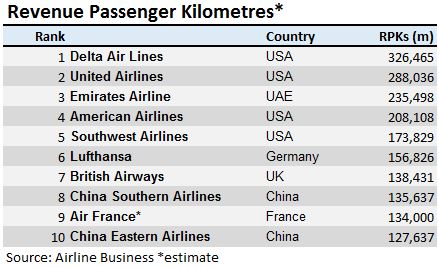 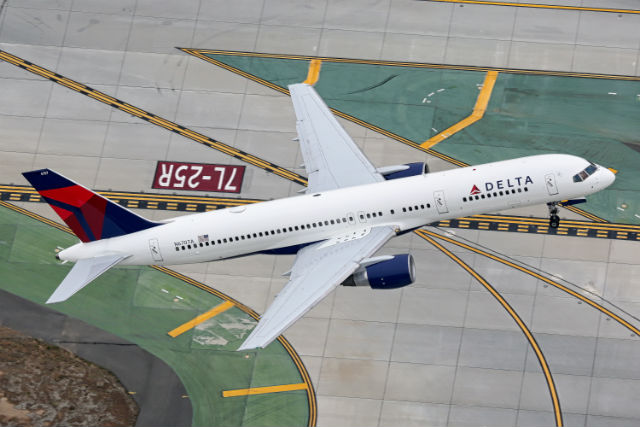