Two years on from its service debut, operators have told Flightglobal that the Airbus A380 has proved itself to be a crowd pleaser from a passenger point of view but suffers some frustrating technical problems.

9. Air France A330 did not break up in mid-air investigators

Investigations into the loss of the Air France Airbus A330 over the South Atlantic have determined that the aircraft did not break up in mid-air, and did not transmit a distress message.

The Turkish Airlines Boeing 737-800 crash on approach to Amsterdam Schiphol airport is the first survivable incident in which the anti-hijacking cockpit security door was shown to be a hazard for pilots.

7.  VIDEO US A320 river crash captured by Coast Guard camera

Surveillance camera images have emerged of the moment a US Airways Airbus A320 ditched into the Hudson River in New York, capturing the aircraft as it slowed to a halt and the initial moments of evacuation.

Japanese television posted a video of a FedEx cargo aircraft crashing and burning after having landing troubles at the Narita International Airport. The MD-11 freighter was arriving at Narita after a flight from Guangzhou, China, in strong wind conditions.

British Airways has shown for the first time the interior cabin layout of the all-business Airbus A318s it will use on transatlantic routes from London City Airport.

United Airlines is conducting an internal investigation after one of its captains diverted a flight to deplane a senior flight attendant who he argued with. 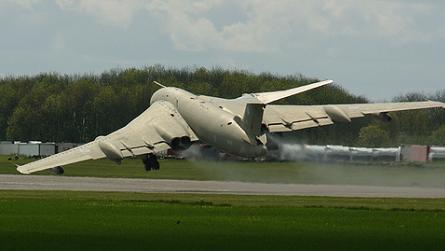