Six F-35As of the 31st Test and Evaluation Squadron have deployed to Mountain Home AFB in Idaho this month for an “operational deployment test” that will clear the way for 10 operational jets from the first combat-coded squadron, which will follow this summer.

Normally based at Edwards AFB in California, the six test aircraft are flying training sorties alongside locally housed Fairchild Republic A-10s and Boeing F-15E Strike Eagles at a nearby weapons range.

The air force announced this week that the F-35s arrived on 8 February, and a base spokesman confirms the six jets are still there.

Another base spokeswoman says the aircraft are testing the Lockheed Martin-built fighter type’s ability to pick-up and deploy to an unfamiliar forward location. The test squadron will pass back any “lessons learned” to the first combat-coded squadron known as the Rude Rams at Hill AFB prior to its arrival in May or June. 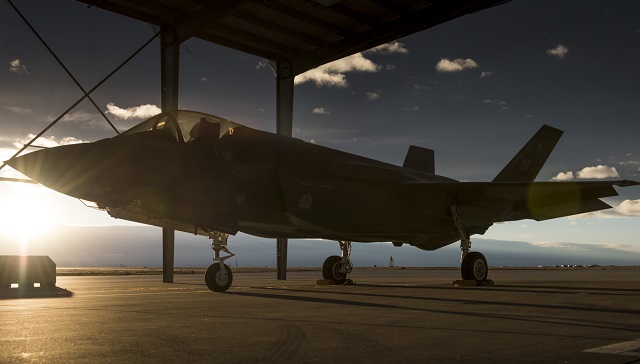 The test F-35s will fly four sorties per day and drop “20 to 30 inert weapons” at the local range complex across multiple training scenarios, the air force says. They will coordinate mock attacks with strafing runs from the A-10 and extra Strike Eagle weapon drops.

“Mountain Home is great because the ranges and airspace here allow us to drop weapons and fly sorties at rates we can't back home,” says Maj Colin Marshall, chief of standardisation and evaluation with the 31st Test and Evaluation Squad. “It's fun to find a target by talking to ground controllers, drop a bomb on that target, and then watch an A-10 roll in and strafe it, all while an F-15E orbits supersonic above and prepares for the next attack.”

It starts with a “cross-ramp” practice run at Hill, where F-35A squadron will simulate deploying to another area of the base before certifying an actual deployment to Idaho.

“We’ll come back from that and continue our spin up to full proficiency with a surge in July where we’ll fly extra sorties in a surge week, so in the month of July we have enough sorties programmed to get everyone up to combat-mission status by 1 August,” he tells Flightglobal.

The squadron is due to receive the latest F-35 Block 3i software this month and will also begin dropping inert rounds at the local Utah Test and Training Range (UTTR) once that software is installed.

Watkins’ squadron, of the 388th Fighter Wing, will declare IOC with 24 qualified pilots and 14-16 operational aircraft. Eventually, the wing will operate 72 F-35As, with three squadrons flying 24 aircraft each. 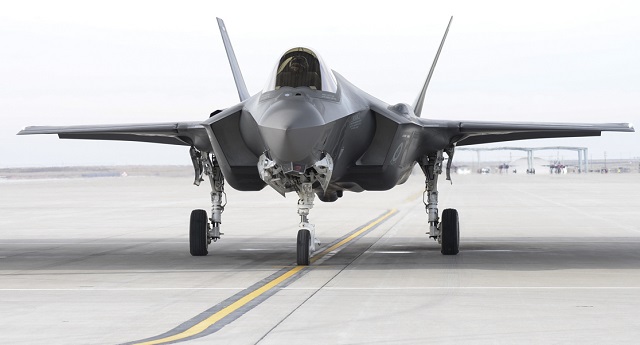