NATO investigators have determined that the main cause of a fatal crash of a Greek air force Lockheed Martin F-16D in January was that the aircraft had not been properly trimmed for take-off, affecting the handling characteristics of the fighter.

Before the F-16 taxied at Albacete air base in Spain, the yaw trim on the aircraft was inadvertently set to the maximum right deflection - 12deg right - which “drastically” affected the aerodynamics of the F-16 during take-off, the final report into the incident states.

The trim check, which includes ensuring that the pitch and yaw trim knobs are centred, is part of the “before take-off” procedures, which were carried out while the F-16 was at the parking area some 20min before the flight. This was deemed by the NATO safety investigation board to be “very early”.

Other contributing factors include the manual trim panel not being designed to prevent all inadvertent movement, and the aircraft not having a means of alerting the pilot if incorrectly configured. 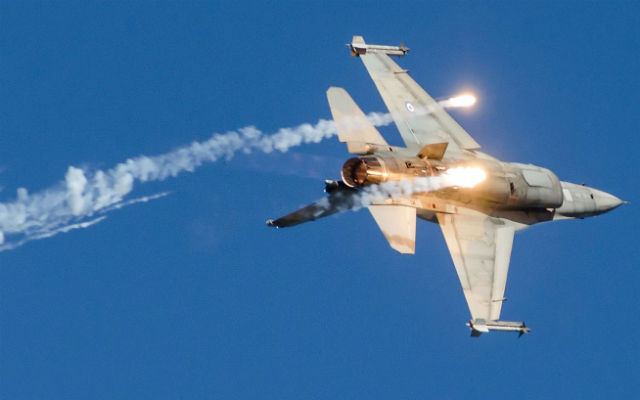 “The fact that this unintended rotation of the yaw trim knob is uncommon, especially of this severity, did not lead HAF [Hellenic air force] flight training and flight safety structures to deal with this issue at an appropriate level,” it adds. Unsecured objects falling in the cockpit could also have led to the yaw trim knob being moved.

Additionally, there were no related emergency procedures and no previous recorded incidents of this type in the air force.

The incident involved an aircraft from the service's 341 Sqn that was part of a two-aircraft formation taking off from the base under a tactical leadership programme flying course on 26 January.

The event happened at 15:16 local time some 7.8s after take-off, and resulted in the deaths of both pilots, plus nine French air force personnel on the ground.

The impact and post-crash fire led to the destruction of the F-16 and wrote-off or damaged eight other aircraft.