After the latest incident involving McDonnell Douglas RF-4E/TMs, in which four crew members were killed when two of the aircraft crashed in southeast Turkey, the nation has decided to retire the type after a 35-year service life.

On 24 February, two RF-4Es crashed during an approach for landing. According to information released by the Turkish air force, the aircraft were flying in cloud during the night-time approach. The crash area was about 7.5nm (14km) from the runway at Malatya/Erhac air base. An F-4E was also lost in Konya province on 5 March.

Since the modernisation activity was completed, a total of five RF-4Es have been lost, including one which was shot down in international airspace by a Syrian surface-to-air missile in 2012. Both crew members died in the incident.

In the wake of the 24 February crash, the air force has announced that its remaining eight operational RF-4E/TMs will be retired on 12 March. The type's last flight will be performed with the service's commander, Gen Akin Ozturk, on board. 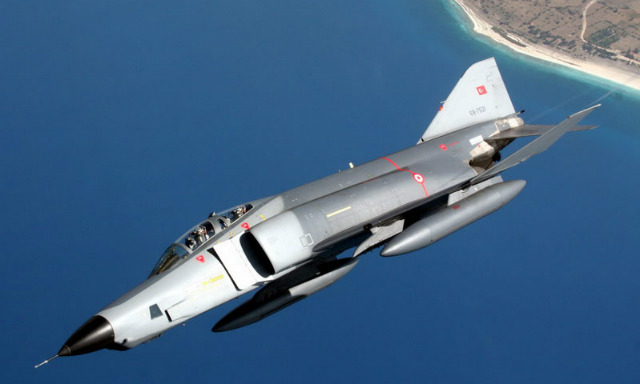 Turkey plans to replace the RF-4E's capabilities with Lockheed Martin F-16s carrying UTC Aerospace Systems DB-110 digital reconnaissance pods. Three of the sensors have been received so far for use by 142 Sqn, located at Akinci/Ankara air base.