U-2 poised to receive radar upgrade, but not un-manned conversion

The Lockheed Martin proposal to “un-man” the U-2 is dead, but the old high-altitude surveillance aircraft is very much alive despite repeated attempts to kill the programme.

The air force pushed back the aircraft’s retirement from 2016 to 2019 in its latest budget submission, giving it more time to upgrade the Northrop Grumman RQ-4B Global Hawk before sending the U-2 to the boneyard.

But the Lockheed Skunk Works thinks retiring the U-2 would be premature, since the U-2 fleet is as active and capable today as at any point in its 60-year history.

In fact, the U-2 programme is set to receive an improved Raytheon Advanced Synthetic Aperture Radar System (ASARS-2B) with double the range of the original -2A model, and a third-generation L-3 Communications radio that can relay data between fourth- and fifth-generation fighter jets, among other things.

“We’ve done some extensive stress analysis to verify our airframe is good through 2050,” Lockheed U-2 programme director Melani Austin tells Flightglobal. “That’s based on information generated from the engineering team here as well as concurrently evaluated at Warner Robins [Air Logistics Centre], our acquisition customer.” 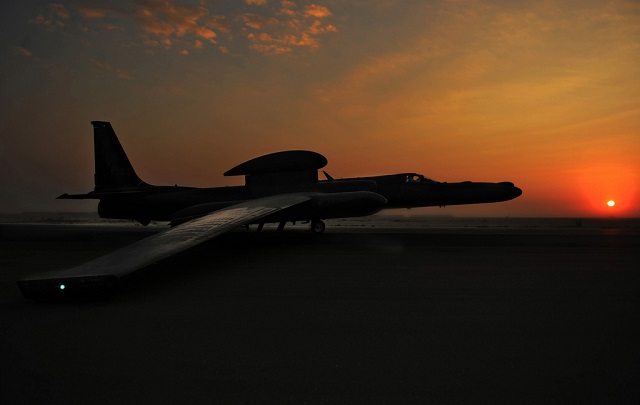 Austin says the ASARS-2B active electronically scanned array radar and the new radio are just two items in a “prudent actions list” approved by the air force secretary and currently being considered by Congress as part of the service’s fiscal year 2016 budget submission.

If approved, Austin says the programme will move quickly to field the new capabilities.

“I can only assume Raytheon has been working fast and furiously. They are poised to implement,” she says.

The radar upgrade will improve the aircraft’s target indication and synthetic aperture radar imaging capabilities, and is a modular unit carried as needed depending on the mission.

The unit would be fielded alongside the latest Senior Year Electro-Optical Reconnaissance System-2C multispectral imaging sensor, which Austin says can see new bands on the electromagnetic spectrum and the data it collects is easier to interpret. Two units are currently fielded.

“I do believe SYERS-2C is a significant improvement in data collection,” she says. “There’s more data, and absolutely it can extend the [U-2’s] relevance beyond 2019.”

The U-2 faces renewed competition from the Global Hawk though, with a new cooperative research agreement signed between USAF and Northrop that would demonstrate SYERS-2C and other sensors on the high-flying unmanned alternative.

The Global Hawk is a smaller, lower-flying aircraft with less power, but can stay airborne for more than 30h and costs less to operate per flight hour.

And any hopes the Lockheed had of extending the U-2’s flight time by converting it to a remotely-piloted configuration are gone. The air force considered an unmanned conversion back in 2012, and the idea was floated again in 2014, but the idea has not gained any traction.

“We put that idea forward, it was not met with any interest, so we remain ready to evaluate it again, but at this time we’re not pursuing it,” says Austin. 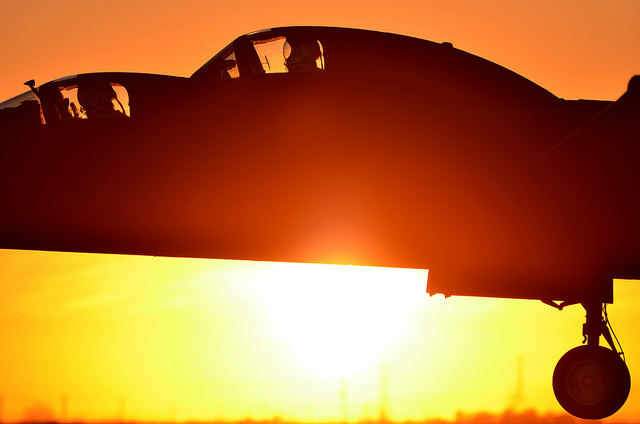 Lockheed still maintains that the Global Hawk will struggle to reach parity with the U-2 by 2019, if at all. Austin contends that the U-2S, built in the 1980s, still has plenty of structural life left and could keep flying through 2050 if needed.

“Our mission capability rate averages 97%,” she says. “We have 80% of the life in the airframe left, we have no vanishing vendor issues, and we’ll continue to perform at the request of the air force.”

The service owns 27 single-seat, mission-capable U-2s and 5 double-seat trainers stationed at Beale AFB in California. The aircraft are forward deployed to the Middle East and in the Pacific theatre, and some are currently supporting the air campaign against the Islamic State extremist group in Iraq and Syria.

The U-2 generally flies at 70,000ft and CARE reduces the pressurised altitude inside the cockpit to 15,000ft. 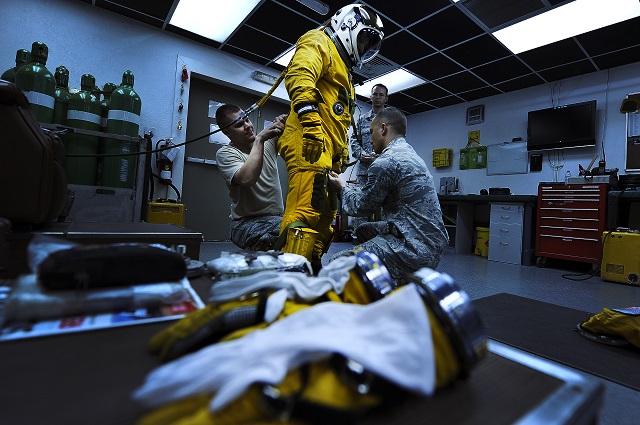