A high-flying Lockheed Martin U-2 spy plane has enabled a mission control station to dynamically re-target a simulated Long-Range Anti-Ship Missile (LRASM), using data passed from an F-22 Raptor over the deserts of Southern California in a recent flight trial.

During the tests, targeting data was passed from the F-22 to a ground station via an L-3 Communications modem on the U-2, says Scott Winstead, Lockheed Martin's head of strategic development for the U-2 programme. This allowed the ground station to re-target the LRASM surrogate, essentially a cruise missile mission systems flown on a business jet.

In addition, the U-2 was able to translate and pass data between the F-22 and a Boeing F-18 Hornet during the series of flights, which took place in June. The tests were designed to evaluate new US Air Force open mission system (OMS) standards using a Skunk Works product called Enterprise Open System Architecture (E-OSA).

Company officials told Flightglobal in a recent interview that the U-2 testbed was on loan from the operational fleet, and has been modified to comply with open standards the air force has been developing through an “OMS consortium” involving the top aircraft manufacturers and suppliers. 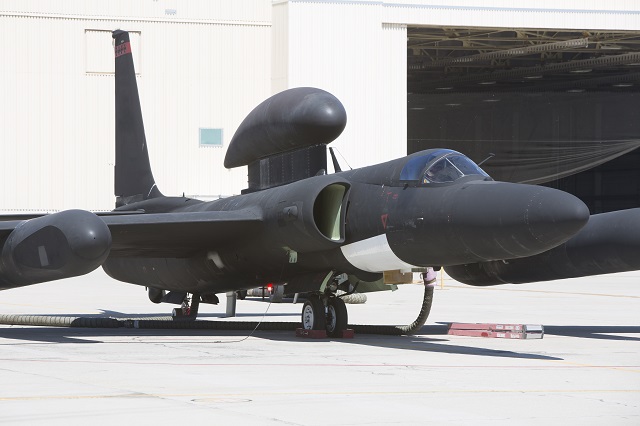 These recent tests build on the success of Lockheed's internally-funded Project Missouri in 2013, which tested Link 16 communication between an F-22 and F-35 Joint Strike Fighter. It also follows the SYERS-2C multispectral imagery sensor integration and test last December.

Renee Pasman, senior manager for the Lockheed open system architecture roadmap, says that the programme team was able to integrate seven OMS-compliant payloads with the modular U-2 Dragon Lady in just three months, as opposed to the 12- to 24-months it normally takes to integrate a new pieces of equipment with a military aircraft.

She adds that the work supports the air force OMS project, established to speed up and reduce the cost of integrating new capabilities by having standardised interfaces and software. 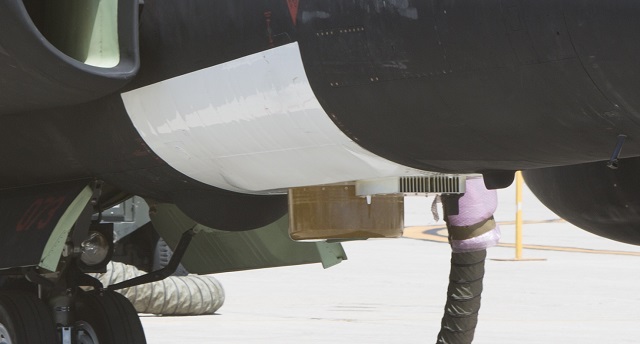 It is no coincidence that Lockheed is testing communications relays, since the air force is exploring a programme called Multi-Domain Adaptable Processing System (MAPS) that would let new and old fighter jets share battle information.

“This demonstration was not done in support of the MAPS programme, but certainly the approach we demonstrated and technologies we demonstrated would be applicable to solving the MAPS requirements,” Pasman says.

The open standards are being developed as a requirement for whatever platform is developed to replace the Northrop Grumman E-8C Joint Surveillance Target Attack Radar System (JSTARS) as part of the air force’s “owning the technical baseline” initiative. It could also be used on the T-X next-generation trainer and Long-Range Strike Bomber. The air force is also exploring ways to make these standards interoperable with the open mission system standards designed for the US Army and Navy.

The U-2 testbed is currently stationed at the Lockheed Skunk Works facility in Palmdale and will be returned to the operational fleet in December. 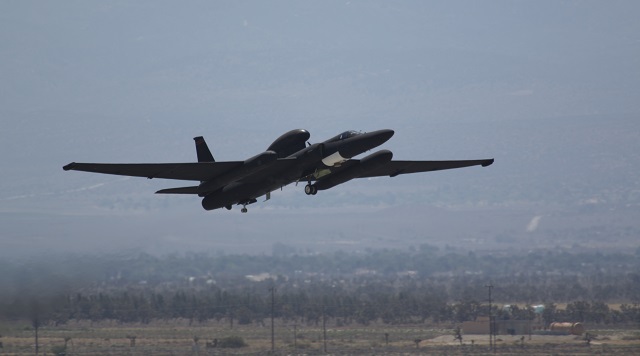