UK based Kestrel Aerospace has begun the certification process for its Lancer vertical take-off and landing (VTOL) unmanned air vehicle to enable it to perform public flight demonstrations. 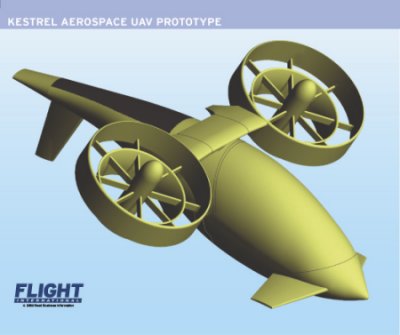 The vehicle will be unveiled at the UAV 2005 event being held at ParcAberporth in Wales from 6-7 September, where the civil prototype will also make its public flight debut.

UK Civil Aviation Authority certification began in mid-July and the process is expected to require 50-60h of flight time. “For the time being [the Lancer prototype] will carry vision sensor systems as the payload. Eventually it will be able to carry 30kg,” says Simon Scott, managing director of Kestrel.

In the next four months Scott will become Kestrel’s chief technical officer and appoint a new managing director. He is also developing a prototype single-seater and a range of small, fast airship systems for use as UAVs or remote telecommunications platforms.