The UK Airports Commission has backed development of a third runway at London Heathrow after delivering its long-awaited final report on expanding aviation capacity in the UK.

While describing the other shortlisted schemes - the extension of Heathrow's northern runway and an additional runway at London Gatwick - as credible options, it says the Commission has "unanimously concluded" that the proposal for a new north-west runway at Heathrow Airport, combined with a "significant package of measures" to address environmental and community impacts, presents the "strongest case" and offers the greatest strategic and economic benefits.

"The Commission’s recommendation is a fundamentally different proposition from previous proposals to expand at Heathrow," it adds. "It delivers a full-length runway, maximising the connectivity gain. It is situated further west than the current runways, which will help to reduce the number of people affected by noise. And it is accompanied by strong measures to limit the impacts on those living nearby."

Those measures include a ban on scheduled night flights between 23:30 and 06:00 as well as a firm parliamentary commitment not to pursue a fourth runway for the hub. 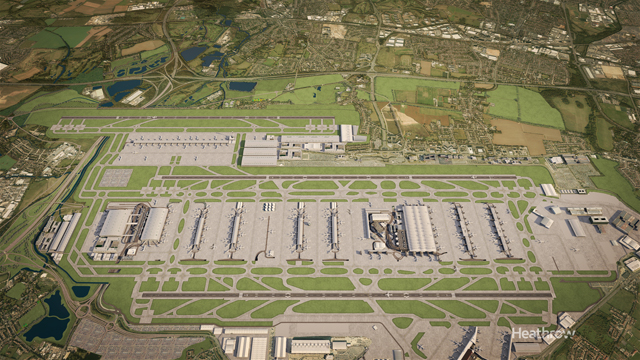 The commission says a new north-west runway at Heathrow will not increase noise above current levels, will generate up to £147 billion ($231 billion) in GDP impacts over 60 years and over 70,000 new jobs by 2050, and will add regular daily services from the airport to around 40 new destinations, including up to a dozen new long-haul routes.

"At the end of this extensive work programme our conclusions are clear and unanimous: the best answer is to expand Heathrow’s capacity through a new north-west runway," says Airports Commission chairman Howard Davies.

"Heathrow is best-placed to provide the type of capacity which is most urgently required: long-haul destinations to new markets. It provides the greatest benefits for business passengers, freight operators and the broader economy."

While acknowledging the UK government will need to review its analysis carefully, Davies urges it "not to prolong this process" and to "move as quickly as it can" to a decision. "Further delay will be increasingly costly and will be seen, nationally and internationally, as a sign that the UK is unwilling or unable to take the steps needed to maintain its position as a well-connected, open trading economy in the 21st century," he says.

UK transport secretary Patrick McLoughlin will make a statement in Parliament later today setting out the process for the government to make a final decision.