UK Prime Minister David Cameron has announced the Ministry of Defence will bring its second aircraft carrier, HMS Prince of Wales, into service – a reversal of a decision made in 2010.

In the Strategic Defence and Security Review (SDSR) released in 2010 the government said it would mothball the second carrier, but this decision has been reversed in an effort to “project power globally”, Cameron said at the 2014 NATO summit in Newport, Wales.

A decision on the future of the second carrier was previously not expected until the next SDSR – expected around May 2015 – was released.

“The second carrier will be brought into service to ensure that we always have one carrier available 100% of the time,” Cameron says. 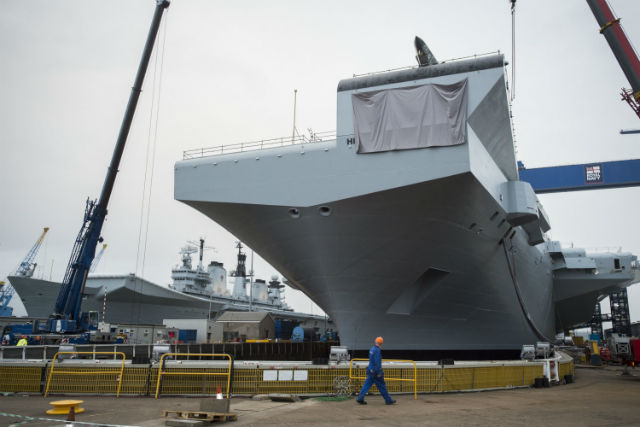 Cameron says the UK needs to be “able to protect and project” – a capability the carrier will provide.

The first vessel, HMSQueen Elizabeth, was officially named in July at Rosyth dockyard near Edinburgh, Scotland.

The UK will operate its future fleet of Lockheed Martin F-35B Joint Strike Fighters and AgustaWestland Merlin HM2 helicopters from the carrier, which can carry some 40 aircraft.