US Airways A320 nose gear collapses on takeoff from Philadelphia

Updated with comments from US Airways

The nose gear on a US Airways Airbus A320 collapsed during takeoff from Philadelphia International airport today. 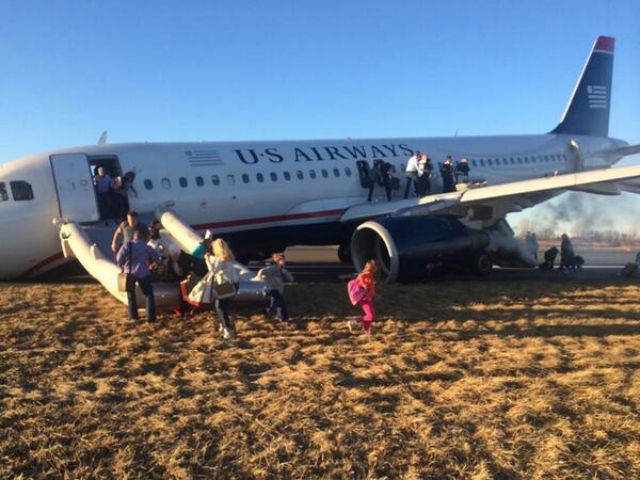 The aircraft came to a stop at the end of Philadelphia's runway 27L after the pilots aborted takeoff when the gear collapsed due to a blown tire, the airport and US Airways tell Flightglobal.

The aircraft, registered N113UW, was operating US Airways flight 1702 from Philadelphia to Fort Lauderdale scheduled to depart at 17:50, according to US Airways’ website.

All 149 passengers and five crew members deplaned the aircraft safely using the emergency exits and were transported to the terminal, the airport says.

US Airways is a subsidiary of Fort Worth, Texas-based American Airlines Group.