US Airways flew its last Boeing 737-400 on 19 August, ending a more than a quarter century run for the type at the airline. 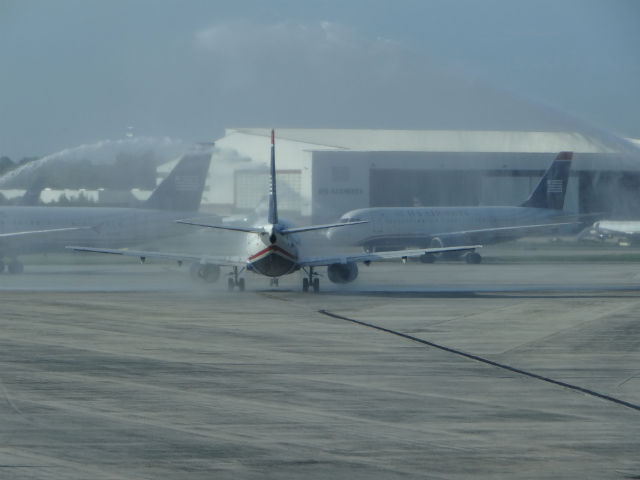 “We’re proud to have been the launch customer of the 737-400, which formed an integral part of the US Airways fleet over the years,” says Fort Worth, Texas-based American, which merged with US Airways in December 2013. “American is focused on updating our fleet with hundreds of new planes and refreshing our existing aircraft to bring our customers a more modern, comfortable and connected experience.”

The carrier has taken delivery of 53 new mainline aircraft, including the Airbus A321 that is replacing the 737-400, to date this year, it says.

The A321 provides US Airways with a significant fuel burn improvement, longer range and 43 additional seats compared to the classic 737.

US Airways operated up to 54 737-400s during the 26 years that the type was in service with the carrier, the Ascend Fleets database shows. The first delivery to its subsidiary Piedmont Airlines, which it bought in 1987, was in September 1988 with the final delivery in 1991. 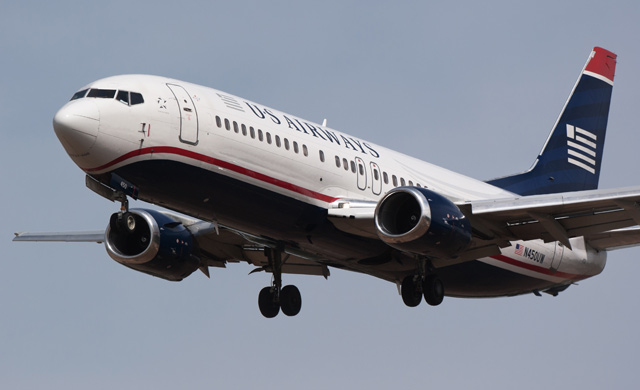 The US Airways order helped push the 737 over the 2,000 order mark, making it the best selling commercial jet airliner at the time, the 12 March 1988 issue of Flight International notes. The order also included 20 smaller 737-300s, though that number was reduced to 15 in favour of the -400 at a later date.

Alaska Airlines and People Express are the only remaining 737-400 scheduled operators in North America, Ascend shows. Alaska operates 27 of the type include passenger, combi and freighter versions, and People Express one aircraft.

Flight US737 was also the last for pilot Jeff Tarr, who retired from the airline after flying the three-leg trip on N435US.