US Army forging ahead with OH-58D and TH-67 retirements

The US Army says it has divested all but two of its Bell OH-58D Kiowa Warrior squadrons under its sweeping aviation restructure initiative, which has handed the armed aerial scout role to the Textron Unmanned Systems RQ-7 Shadow unmanned air vehicle.

The service is also “on track” to divest its Bell TH-67 Creek training helicopters, with Airbus Helicopters UH-72As supporting initial-entry rotary wing training at the army aviation centre in Fort Rucker, Alabama, for the first time this week.

“The OH-58, it breaks my heart but we’ve got to do it,” says Maj Gen Michael Lundy, who heads the aviation centre of excellence at Fort Rucker, at conference in Washington DC on 14 January. “It’s the right thing to do and we will finish divestiture here during 2016.” 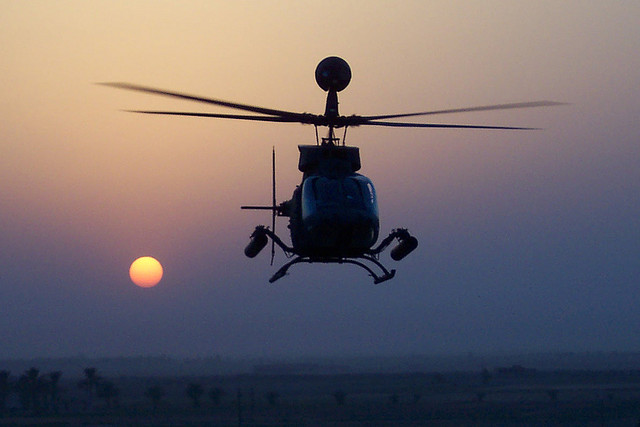 Lundy says 2015 laid the groundwork for things to come in 2016, particularly as more UH-72s report for training, and additional Shadow units stand up.

The commander is also pushing replacement of the remaining A-model Sikorsky UH-60 Black Hawks in the US Army National Guard, with UH-60s converted to the L and V configurations taking over.

Lundy says the process is taking longer than hoped, mostly because of budget constraints. “It’s still going to be slower than I want; probably 2023 by the time we finish the full divestiture of that model,” he says.

In February, the Pentagon will unveil its fiscal year 2017 budget submission. Statements made at the conference suggest no major policy shifts and that key technology investments will be protected.

“A lot of these programmes were at risk or were just good ideas, but I’ll tell you, they’re all in pretty good shape right now, even though they’re coming in slower than we wanted because of budgetary concerns,” he says.

There was widespread support for the Future Vertical Lift at the conference, although the requirements are far from firm, and there is not likely be any major acquisition decisions before the Bell V-280 and Boeing-Sikorsky SB-1 joint multi-role technology demonstrators take flight in 2017.