The US Army is in contract negotiations with Sierra Nevada Corporation as it prepares to field an interim degraded visual environment (DVE) capability based on US Special Operations Command’s DVE Pilotage System.

Sierra Nevada announced in October that it had received an indefinite-delivery, indefinite-quantity contract from SOCOM for the third phase of the pilotage system project, which is developing a helicopter sensor system that would allow pilots to fly safely in “brownout, smoke, sand, snow, rain and fog conditions”.

The US Army, meanwhile, has been pursuing a Brownout Rotorcraft Enhancement System (BORES) for fielding on approximately 300 cargo, utility and medevac helicopters, namely the Sikorsky UH-60M/V Black Hawk and Boeing CH-47F Chinook.

Based on industry responses to a request for information (RFI) that closed in December and an internal US government “integrated product team” meeting in February, US Army aviation systems programme manager Col Matthew Hannah says the regular army has chosen SOCOM’s solution – which has been under development since 2013 – because it provided “the greatest chance to move forward as quickly as we can to save lives”. 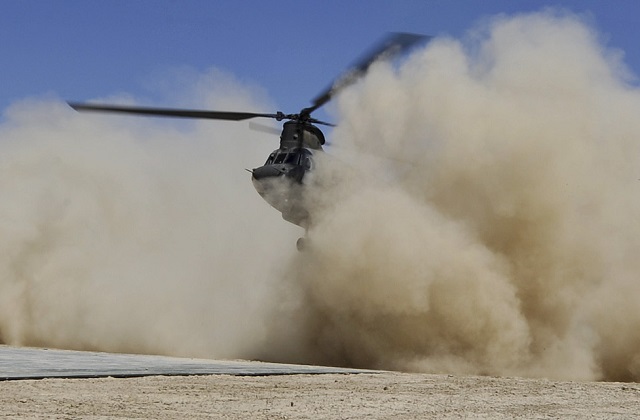 According to Hannah, 25% of the 383 Class A and B US military flight accidents between 2002 and 2015 related to operations in degraded visual environments – accounting for 81% of fatalities and $1 billion in lost materiel. Of those accidents, 56% occurred in brownout conditions. “We are losing approximately nine to 10 people per year because of DVE brownout-related accidents,” he says.

The army is under pressure to hold a competition for the requirement, with “about 19 different companies” responding to the BORES RFI notice. Hannah says an acquisition decision document (ADD) was signed by the army's programme executive officer for aviation on 15 April that allowed the aviation systems group to begin contract negotiations with Sierra Nevada. “All I can say is, of everything that we evaluated out there, we picked the very best,” says Hannah, speaking at the American Helicopter Society (AHS) International's 72nd annual meeting in West Palm Beach, Florida on 17 May.

SNC says in its October statement that it had successfully flight tested its “DVEPS” solution for SOCOM at the Yuma Proving Grounds in Arizona last June and it was competitively selected for the third phase. The system – which combines information from millimetre wave, laser scanner and forward-looking infrared sensors to create an accurate, real-time terrain image in conditions where optical vision fails – is now undergoing developmental and qualification testing ahead of a “milestone C” low-rate production decision, says SNC.

The go-ahead for full-rate production from SOCOM is expected in the “2017/2018” timeframe. Hannah expects the regular army will begin production of “DVE BORES around the 2019/2020 timeframe".

The colonel stressed that BORES is just an interim solution and bridge to a far more capable system that would provide 360° situational awareness to pilots operating in all 11 types of degraded visual environment. That more capable system will include a helmet-mounted synthetic vision system and be fully networked for formation flying in poor conditions. While the forward-looking BORES system enables takeoffs, landings and limited hover and ground taxing in brownout conditions, the “DVE full capability” covers all modes of flight in all conditions.

“The intent is for the full DVE capability to be integrated onto the Future Vertical Lift aircraft and other aircraft the army has” including cargo, utility and attack platforms, says Hannah. “The real [business] opportunity is for the full DVE solution, which is a competitive environment and will be for the full fleet.”

An analysis of alternatives for that programme is expected to take one year followed by another year to draft and approve a requirements document. “You’re looking at about the ‘20s when we start the other programme,” he says. 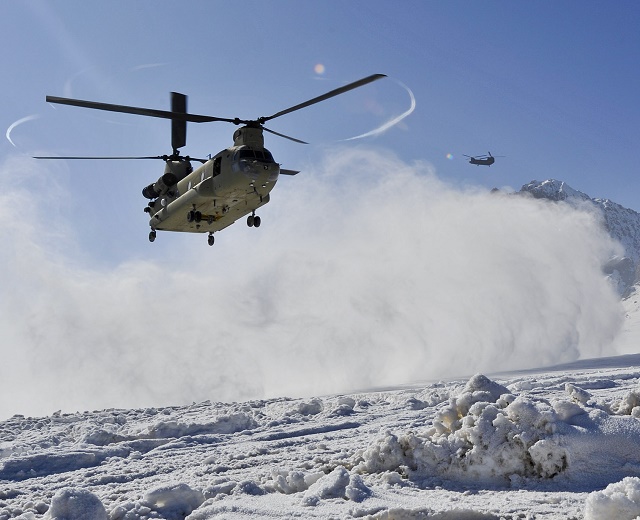