The US Army is interested in new weapons options besides the Lockheed Martin AGM-114 Hellfire missile for its General Atomics Aeronautical Systems MQ-1C, and the service has asked industry to offer smaller, cheaper and more specialised alternatives as it considers a future requirement.

According to army officials, arming the MQ-1C with new types of munitions is more of a priority than adding weapons to the Textron RQ-7 Shadow unmanned air vehicle (UAV), as has been proposed with the 6kg (13lb) Textron Fury precision-guided munition and others.

“We’ve asked industry to come show us what they can provide [for Gray Eagle],” says Col Thomas von Eschenbach, director of the army’s capabilities and integration directorates at Fort Rucker, Alabama. “Yes, we’d like increased range – and for something that doesn’t have to launch off the rail and have a sonic boom. That 105lb; that’s a huge load for an unmanned system. I’d really like a drop-glide munition that weighs [roughly] 30lb – then I’ve got a three for one.”

Von Eschenbach said at the Association of the United States Army convention in Washington DC that he would prefer to see munitions added to the requirement of a next-generation tactical unmanned system that would follow Shadow, instead of weighing that aircraft down now. “[But] we’re not ruling it out,” he added. 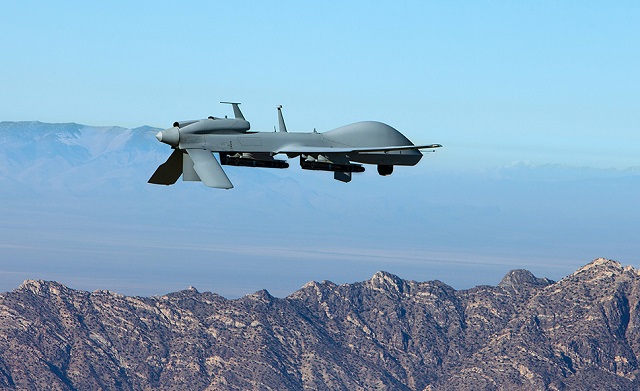 The army is standing up Gray Eagle companies at a rate of two a year, with nine of an eventual 15 companies already established. According to army unmanned air system (UAS) project manager Col Courtney Cote, the service is also transitioning to General Atomics’ extended-range or ‘improved’ Gray Eagle system, which the manufacturer says has a maximum endurance of 48h, compared with 25h for the baseline version.

Cote said the Gray Eagle procurement plan was amended in July to include the extended-range asset, and 36 units will be purchased initially for the army’s intelligence and special forces groups.

“It’s taking a composite airframe and making it a fatter airframe that carries more fuel,” he explained, noting that other aircraft-reliability improvements are to be incorporated at the same time.

General Atomics said the new configuration increases the aircraft’s maximum gross take-off weight from 1,630kg (3,600lb) to 1,905kg (4,200lb), and that it also can accommodate an external fuel pod. 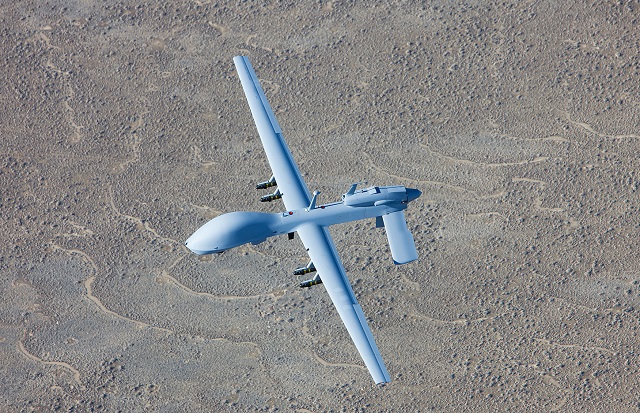