Deliveries of upgraded Panavia Tornados to the German air force’s training wing at Holloman AFB in New Mexico are now under way, with five modified examples from the 15 aircraft based in the USA having been delivered to date.

The first delivery of the modified Tornado to the air force in Germany was made in 2012, and now the overseas training wing is receiving its share of the upgraded type, with deliveries expected to be completed next year.

The first two were delivered earlier in 2015, with three more exchanged in early September at a swap point in Maine, USA.

“Last week was very successful – there were no problems and we were done within two days,” Lt Col Thorsten Weber, commander of the German air force logistics group at Holloman AFB, told media at a briefing at the base on 9 September.

The air force will only upgrade 85 Tornados to the latest ASSTA standard, 15 of which are stationed at Holloman. Of the latter, six are trainers and nine interdictor/strike-standard aircraft. 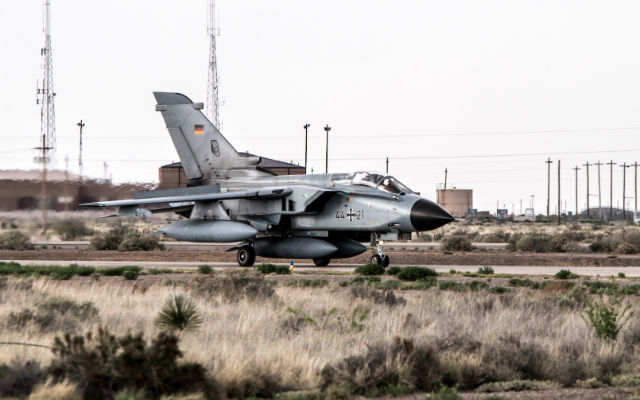 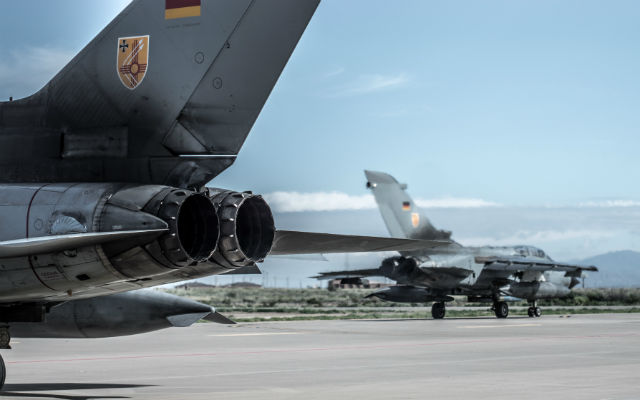 The training at Holloman involves simulator-based instruction provided by CAE, supported by Thales, in addition to live flying.

While the deliveries of the ASSTA 3.0 upgraded Tornados will be completed in mid-2016 – with the next batch expected in early December – the upgrade to the simulator will lag behind the modifications that have been made to the aircraft, by approximately a year.

The simulator is expected to be shut down in October until December for the first round of upgrades, which will eventually see both simulator cockpits changed. Four German Tornado simulators, including those located in Germany, will be upgraded.

2014 saw 24 pilots and 20 weapons system operators graduate from the training programme at Holloman, while 2,250 flight hours and 1,700 sorties were flown. Weber says this will be replicated in 2015.

A decision was made in 2015 to not station the German air force’s Eurofighters out of the USA, although some of the aircraft occasionally transit over to participate in exercises.

The ASSTA upgrade will extend the life of the Tornado fleet to 2025, although the basing at Holloman will expire in 2019. Following this, it will be renewed on a year-by-year basis.

“We will need the Tornado for far more than a decade,” Weber noted, adding that the upgrade is what will keep the type going this long. “However, this will probably be the last upgrade to the Tornado.”

The German air force’s Airbus A400M transport made its first trip to the USA in August, Weber notes, and will be involved in supporting the basing at Holloman in the future.