A looming gap in the United States’ aircraft carrier presence in the Middle East is symptomatic of an overworked naval force in need of more cash and resources and a sign of things to come without change in Pentagon priorities, says a Navy League panel.

The USS Theodore Roosevelt and its carrier air wing of Boeing F/A-18 Super Hornets, EA-18G Growlers and Northrop Grumman E-2D Hawkeyes is currently in the Gulf supporting the air campaign against the Islamic State (ISIS) militant group in Iraq and Syria.

The gigantic boat dubbed “Big Stick”, which can carry as many as 60 fixed-wing aircraft and dozens of maritime helicopters, is set to leave the region this fall and won’t be replaced for several months, leading to a so-called carrier gap just as the US-led campaign against the terrorist group is heating up.

According to retired Vice Adm Peter Daly, carrier demand has exceeded supply for many years, and is a clear sign that the Navy is a force under significant strain due to the pace of operations. 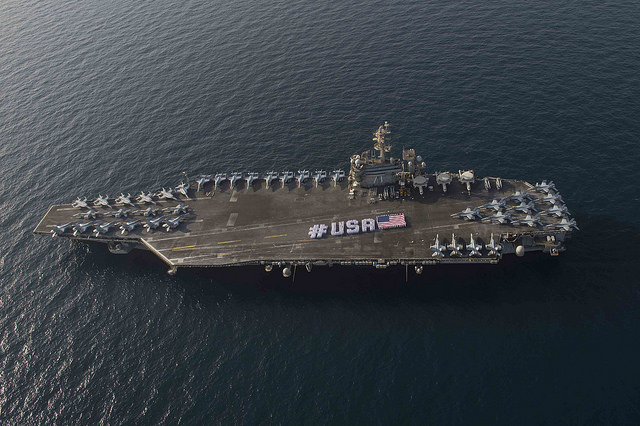 USS Theodore Roosevelt Carrier Strike Group is deployed to the US 5th Fleet area of operations in support of Operation Inherent Resolve.

He said at a Navy League forum in Washington this week that the service needs more resources and some breathing room to reconstitute its force and deal with maintenance backlogs. He said having the Navy cannibalise itself by making trades within its budget limit, more money should be directed toward the service.

Even without a carrier in the region, the Navy says the Essex Amphibious Ready Group equipped with Marine AV-8 Harriers will remain through to the end of the year, and the US Air Force is currently leading the fight against ISIS. But Daly contends that the landing helicopter dock (LHD) ship of an amphibious ready group has just 12-15% of the sortie generation capability of a Nimitz-class carrier.

The gap is partly the result of the Navy’s push to limit extended deployments, which are causing strain on the force, but also because one carrier is receiving its mid-life refuelling and delivery of the first new Ford-class carrier is over budget and behind schedule.

Retired Adm Mark Fitzgerald says an aircraft carrier is much more than a ship with jets, since it brings its own airborne warning and control (E-2D), electronic warfare (EA-18G), and doesn’t need the permission of a host nation to launch strikes. In fact, it was the USS George HW Bush (CVN-77) that led the air campaign against ISIS during the opening salvo last year as the coalition was posturing its air forces.

Asked whether the US needs a 12th aircraft carrier, Fitzgerald said there is neither the funds nor political will right now to support the procurement of another multi-billion dollar boat. 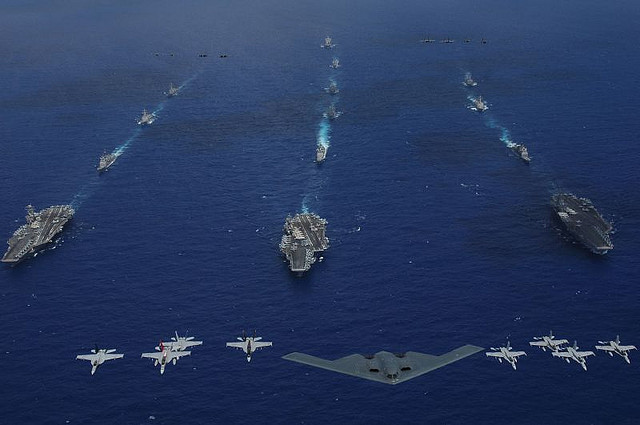 “There’s an industrial base issue as to keeping the one aircraft carrier-producing company going, and there is certainly a warfighting case for having that capability,” he says. “Then there’s the other side of the coin – the money, and can we afford it?”

He says the almost $600 billion US defence budget is already wholly committed, particularly in the 2020s when the Pentagon need to recapitalise its nuclear force with new bombers, submarines and intercontinental ballistic missiles.

“Unless we decide to take a bigger bite out of [gross domestic product], which I don’t see happening, I think we’re going to have a 10+1 carrier force.”

With 10 nuclear-powered carriers in service and one being refuelled, the US Navy has more than twice the deck space of every other foreign carrier combined. The service says it needs a total of $819 billion from Congress between 20016 and 2020 to stay afloat, including $161 billion in fiscal year 2016. 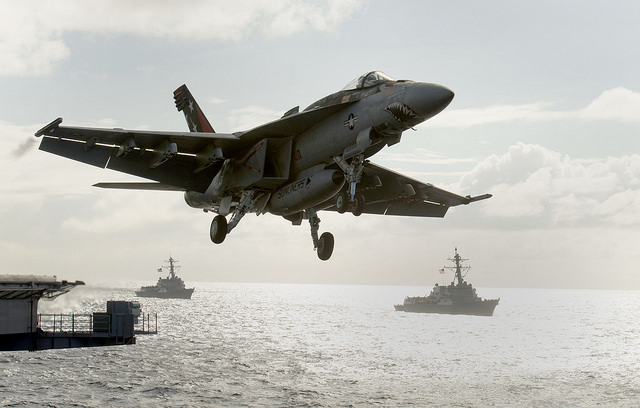