The US Department of Defense has confirmed that Saudi Arabia will be launch customer for the Boeing AH-6I light attack helicopter, following the signing of a $234 million contract for 24 aircraft.

The Foreign Military Sales (FMS) deal was announced by the DoD on 29 August, although it is understood that the acquisition was agreed last year. Boeing announced in November 2013 that it had signed a FMS deal with the US Army to provide the aircraft to an undisclosed export customer. This was for the first sale of the type, which was speculated to be to either Saudi Arabia or Jordan, both of which submitted FMS requests. 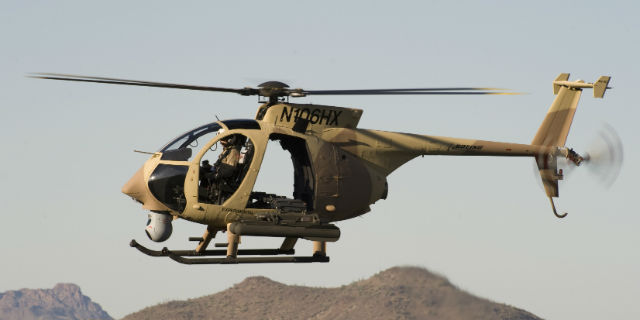 The DoD says the contract will provide long-lead items for production and delivery of the aircraft, as well as initial spares and ground support equipment.

Although the DoD says that work on the 24 aircraft is expected to be complete by 31 December 2016, Flightglobal’s Ascend Online database shows deliveries of this initial order should be finished by 15 December 2014. Ascend also notes that Riyadh has 36 of the type on back order, and that they will be operated by the Saudi Arabian National Guard.

The AH-6I is derived from the MD Helicopters AH-6 Little Bird, but includes advanced technology from the Boeing AH-64E Apache attack helicopter. The AH-6I is designed to provide close air support for ground forces, and is capable of neutralising vehicle targets such as tanks and other armoured vehicles.