The US Navy has extended production of AGM-88E Advanced Anti-Radiation Guided Missile (AARGM) multi-mode seekers, built by Orbital ATK, by three years to fiscal year 2023 with an added requirement for 556 more units.

That’s according to the Pentagon’s latest selected acquisition report, which shows an increase in planned production quantities from the 2003 objective of 1,879 units to 2,435, not including the 40 test assets. That and other changes bump up the total programme cost by $484.8 million to over $2 billion.

The missile modification was jointly developed by the USA and Italy to improve the effectiveness of legacy Raytheon AGM-88 High-speed Anti-Radiation Missile (HARM) variants against fixed and relocatable enemy radar and communications sites, particularly those that would shut down to throw off incoming anti-radiation missiles. Australia also procures AGM-88Es. 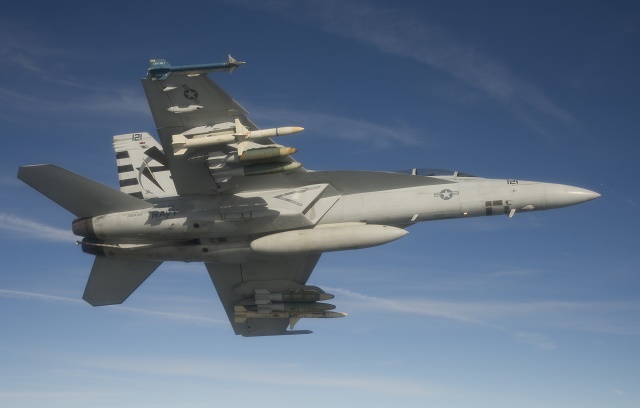 The new seeker attaches to the existing Mach 2-capable rocket motor and warhead section, adding a passive anti-radiation homing receiver, satellite and inertial navigation system, and a millimetre wave radar for terminal guidance. It can also beam up images of the target via a satellite link just seconds before impact.

Raytheon produces an alternative modification kit for the US Air Force, known as the HARM Control Section Modification (HCSM).

The Orbital ATK AARGM is compatible with all F/A-18 models and the EA-18G Growler, plus the Panavia Tornado, F-16, EA-6B and it will be carried externally on the F-35. It went into full-rate production in 2012.