The US Navy has bid farewell to its two remaining Lockheed S-3B Vikings after some 40 years in service, as one transitions to NASA and the other to the US Air Force’s aircraft boneyard.

The aircraft carrier-based Viking fleet was officially retired from frontline service in 2009, but three of the type remained operational in support roles with the Air Test and Evaluation Squadron (VX) 30 at Point Mugu in California.

VX-30 retired one to Davis-Monthan AFB in Arizona last November, and the final two have now made their last flights with the USN.

"They still have life in them," Capt John Rousseau, former commander of VX-30, says, "but it was time for another depot-level maintenance period, and you have to weigh that cost against the little time you could still get out of them."

On 11 January the final Viking was transferred to NASA, where it will join another former-navy S-3B modified to carry out scientific research and operated by the agency since 2004, Flightglobal’s Fleets Analyzer database shows. 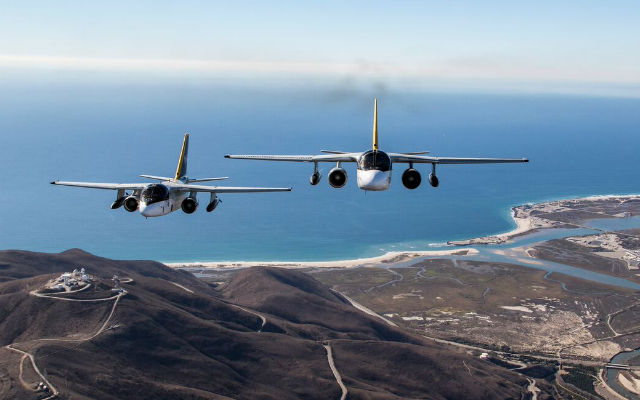 The USN received the S-3B to replace its Grumman S-2 Tracker in 1974, and it was adopted for roles such as anti-submarine and anti-surface warfare, cargo carrying and aerial refuelling.

"It's got legs," Rousseau says. "It can go fast and long. The radar, even though it's old, there's not many better [available].”

Last October, Lockheed disclosed details to Flightglobal of a plan to offer retired S-3Bs to the South Korean navy. If progressed, this could see 12 of the type removed from Davis-Monthan and updated with new equipment.

The company claimed that the retirement of the type was due to the lack of submarine threats to US carrier groups following the end of the Cold War, and said the airframes each still have 10,000-12,000h of flying time remaining.

Modernised S-3Bs could be returned to use in 2019, Lockheed said at the time.